Nothing can compete with this complete NES Bed set, but textile designer Emily’s cushions and pillows come close. She originally made these for her boyfriend as a Valentine’s Day gift but then the citizens of the Internet started throwing money at their screens and demanded that she make more. So she will. 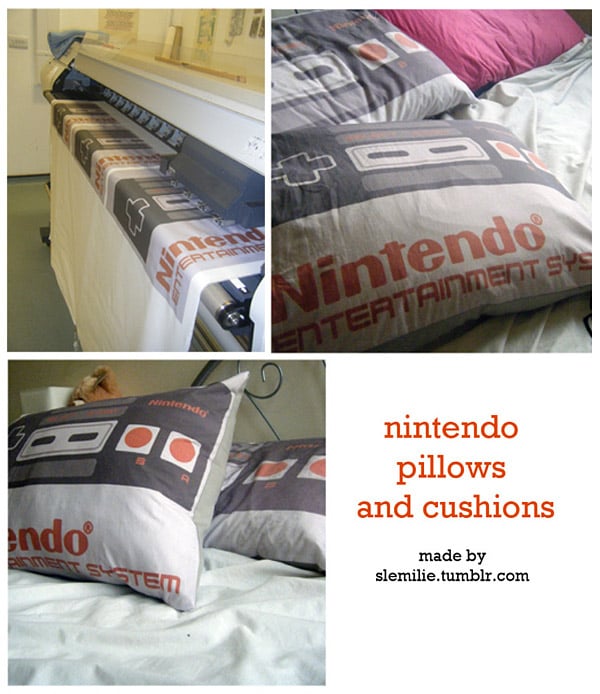 Emily didn’t say when or for how much she’ll sell the pillows and cushions, but I suggest you keep an eye on her blog for updates or drop her a message over there, because these things will sell out fast. Hint hint Nintendo. Meanwhile you can get Emily’s other NES-themed goodies on her shop at Society6.