EA Sending Mass Effect 3 Copies into Space with GPS Trackers, Find One If You Can

The last time I really had to look hard to find a video game I wanted was way back in the day when Goldeneye was the most popular game in the realm. Now, EA is running a marketing stunt for Mass Effect 3 and this may be the coolest marketing gimmick in the history of video games. 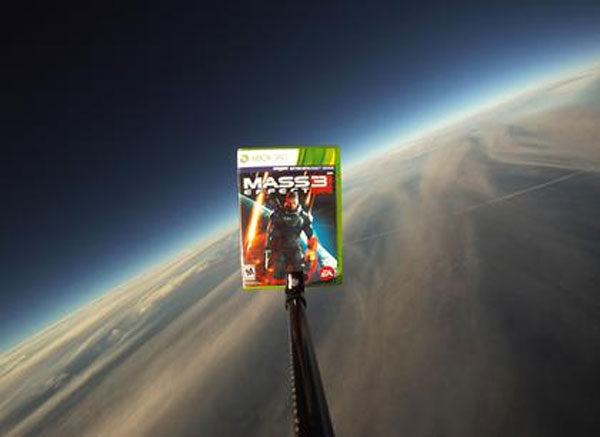 Next week, the publisher will attach copies of Mass Effect 3 to weather balloons and launch them from New York, San Francisco, Las Vegas, Berlin, London, and Paris. Each of the game copies will have a GPS tracking device and you can follow where the game copies are via the Mass Effect website.

If you follow the location of the games closely and figure out where they landed, head to the landing site. If you’re the first to find the game, you get to keep it. That would put one most anticipated video games of the year in your hands a week before the official March 6 launch. I can only imagine the loot you could rack up on eBay if you put a copy up for sale early.

I would certainly look for one of the games. This is a much cooler gimmick than that time EA sent out brass knuckles to promote Godfather II, and then asked people to mail them back, both of which were illegal. At least this time EA isn’t breaking any laws. (Unless the FAA has something to say about it.)