I can’t say that I ever really thought about Switzerland as being a space power. In fact, I didn’t even know the country had its own satellites in orbit but apparently, it does. As a matter of fact, the Swiss have enough satellites up there that they have devised a new satellite to destroy their old satellites. This sounds more than a little like Wall-E to me. 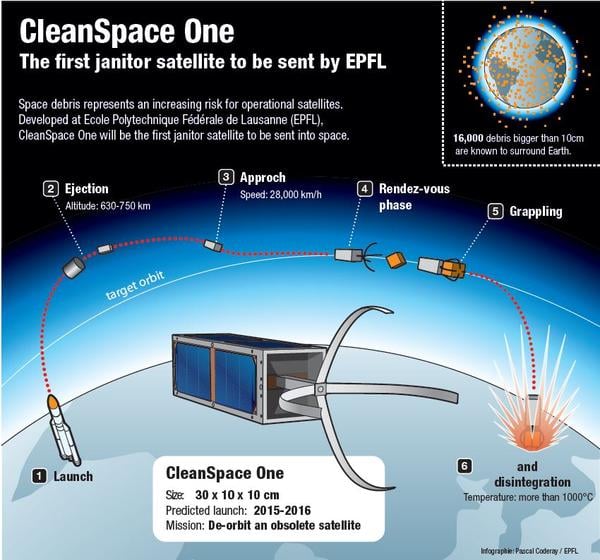 The Swiss have come up with a new satellite they call CleanSpace One. This is a small satellite would be cheap to build and place into orbit. The design has some sort of grasping claw and the satellite would fly up near a defunct satellite that’s no longer needed or a piece of space debris where the claw would catch its prey. The claw would then draw the old satellite or space junk inside.

The satellite is designed to then propel itself and its junky cargo into the Earth’s atmosphere where it would burn up on reentry. CleanSpace One’s first mission will be to capture one of two tiny Swiss satellites in orbit right now that are no longer in use. The satellite targets will be either the Swisscube or Tlsat, which are both 61 cubic inches in size.