Doctor Who’s Sonic Screwdriver is pretty versatile. It can rewire an electrical control box, can open just about any door, can scan aliens and now it can also keep your neck warm when visiting cold planets.

This knitted scarf comes from Etsy seller MyAlterknits and is a warm and toasty replica of the The 11th Doctor’s (Matt Smith’s) Sonic Screwdriver. The scarf is five feet ten and a half inches long and seven inches at it’s widest point. It’s also reversible of course. While it will keep you warm, it probably won’t be able to repair any broken stuff. 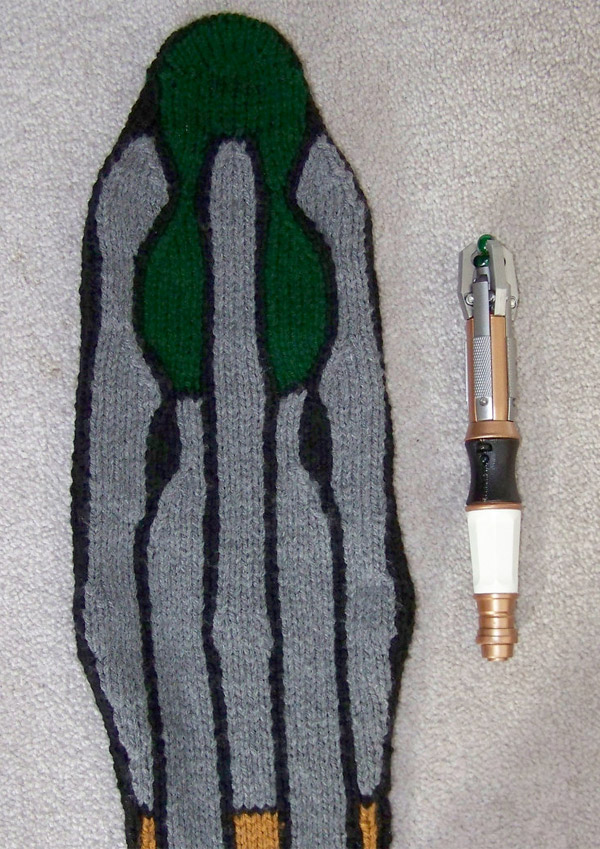 This is for serious Whovians only as it will cost you $140(USD), but I say it’s worth it if you’re a big fan of the show (and live somewhere cold). It’s not everyday you see a Sonic Screwdriver scarf. It will certainly make you stand out and you will be the envy of every geek who sees you.