Check out this series of amusing images that depict what happens when super heroes try and do their own laundry, instead of having their trusty assistants perform the task. 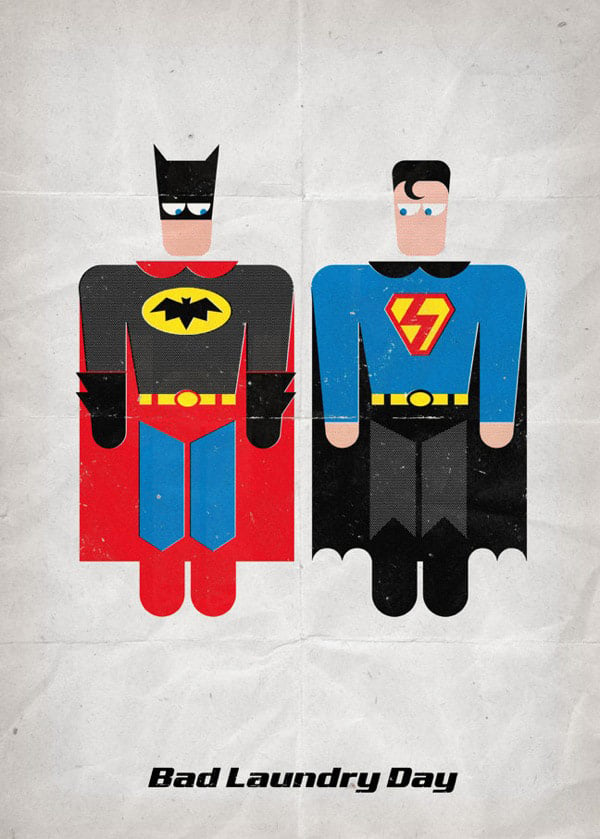 The Batman/Superman print is definitely my favorite. It wouldn’t make much sense for either of them to go to work like this. The Hulk and Captain America mix-up might actually be an improvement over their normal costumes. 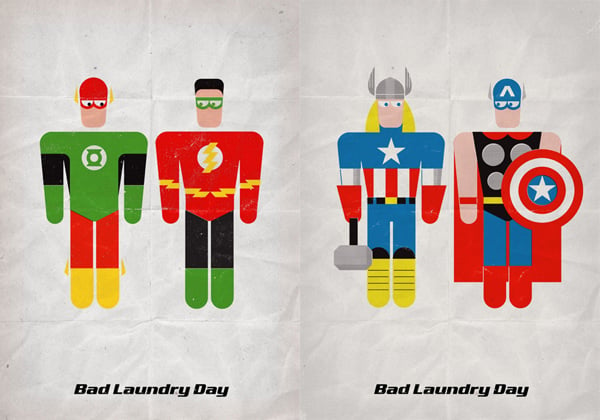 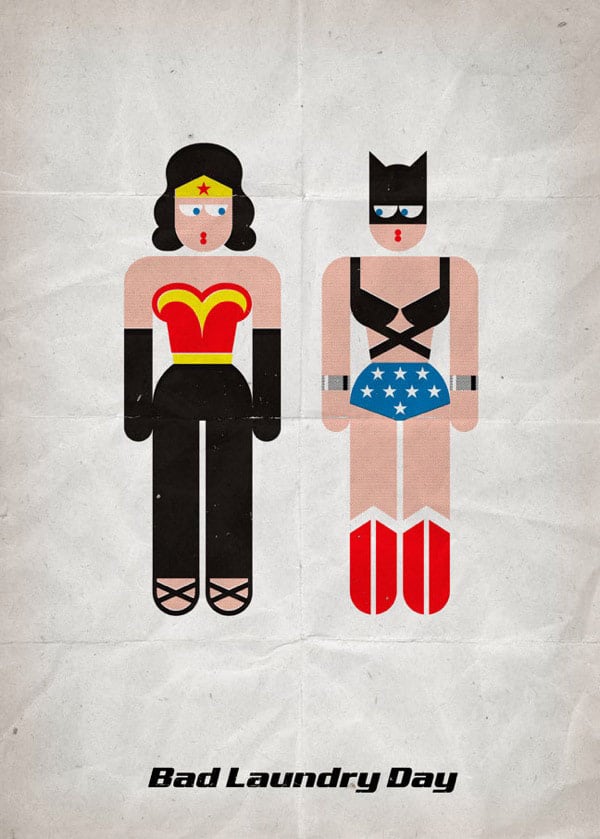 These images are by Czech artist Goran Patlejch, who’s also known as his handle Goenetix. There’s a fun, minimal style to these prints, and I like how the image looks like it was quickly printed on a stray piece of folded-up paper. All of these images are available through Goenetix’s Etsy store as 12″ x 17″ prints for $22(USD) each.