Truss Robots Could Be Our Future Construction Workers

A team from Cornell’s Creative Machine Lab have come up with a new robot which can not only crawl along truss structures, but that can actually manipulate them and move them around. 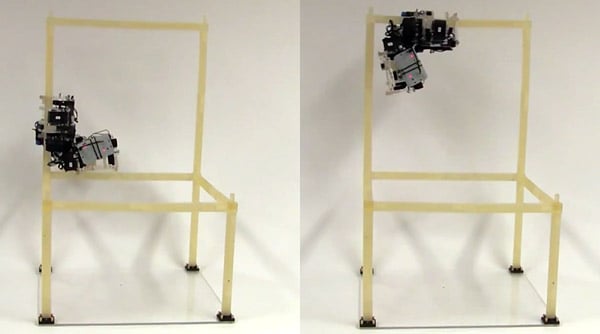 The Truss Robot uses a gear system to maneuver along each truss, and can even move from one truss section to another on its own. It can move vertically or horizontally and can make 90 degree turns with ease. It can even flip itself over while riding on a beam, like some sort of robot gymnast. The robot can be programmed to grip onto the end of an adjacent beam which needs to be moved, unscrew it, and replace it into another location. You can get a better idea of how the Truss Robot works in the video below:

In theory, robots like these could be used to handle complex construction and assembly tasks which might be difficult for humans and traditional construction equipment. The truss robot was developed by Franz Nigl and Jeremy Blum under the direction of Dr. Hod Lipson.