Learn How to Program Games While Playing Games with Code Hero

First Person Shooters generally don’t teach you much, aside from maybe how to kill other players and get trophies. What if you could play an FPS that actually taught you how to make video games? Code Hero is an FPS that does just that. It teaches you how to program. 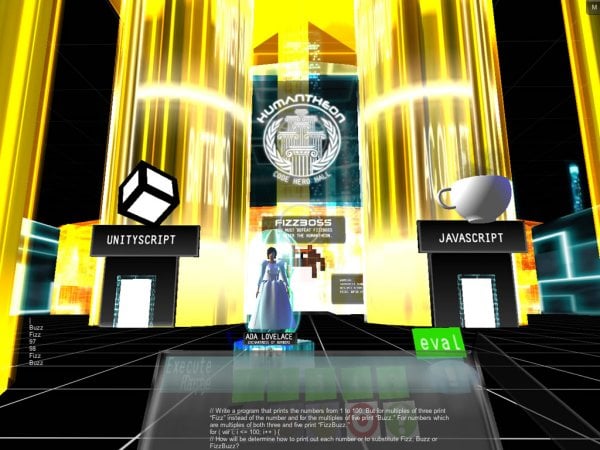 It’s a co-op first-person shooter where you become a programmer. The idea is to save the world from an out of control AI. You have a “code gun” that will let you copy, paste and edit JavaScript for use in the Unity 3D engine instead of firing bullets. This lets you shoot the enemy, manipulate the world around you, and build structures. Sounds intriguing doesn’t it?

This is more power than a player normally has inside the game. You start out using powerful code without needing to understand it, then over time you master that code to handle specific challenges. Sign me up. Sounds awesome. If you’re interested in getting in on the action, head over to Kickstarter and contribute to the project now.