Let’s be honest, all a kid really needs to see to go completely bonkers no matter where you might be is a swing. I know each time my kids see a swing somewhere, it’s as if they’ve never seen one before. An odd new concept street light has turned up called the Giraffe Street Lamp that has a light high up on the neck and a swing underneath. 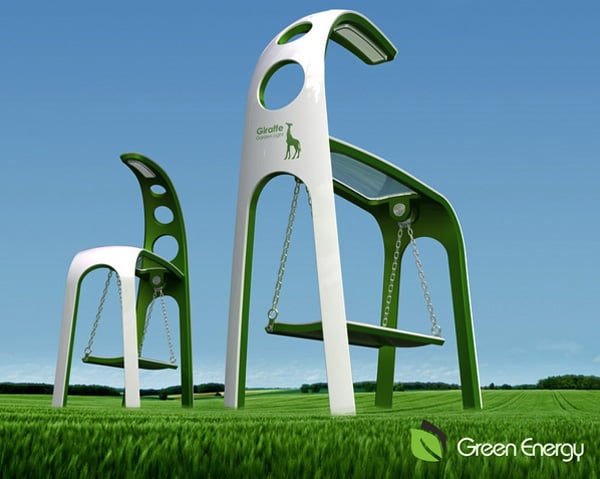 Chen Wei & Lu Yanxin’s unusual concept uses the swing to capture the kinetic energy generated by swinging people to power the light. The design is interesting and I could see this working well on a playground for kids with swinging providing the light to use when it’s dark. I wonder if the the swing itself would be slowed by the power generation equipment, though. 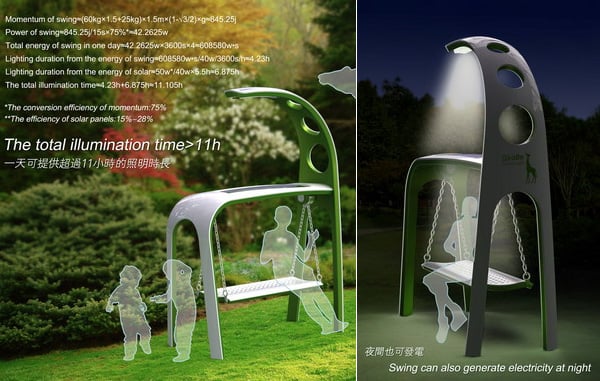 If the parts to grab the kinetic energy were too hard to move, it wouldn’t be much of a swing. The light also has a solar panel on top for supplemental energy collection, but the creators say that the storage of kinetic energy is much more efficient than solar power. I can also see this concept as being something nice for a backyard creating the light for outdoor play at night. 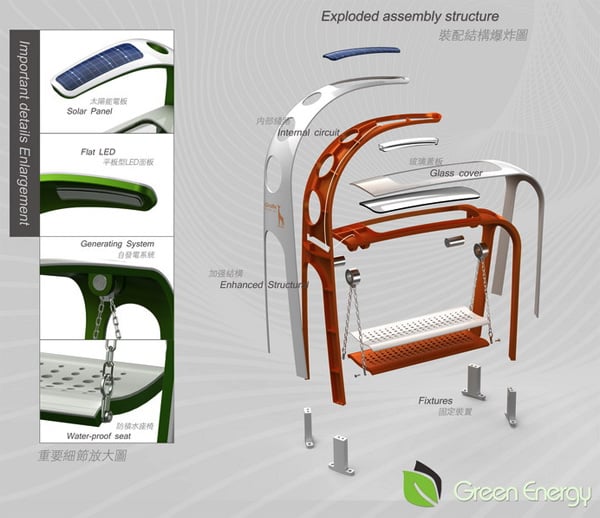