While most of us remember Robocop as the movie’s main robotic character, there was also the more deadly – but slightly more stupid ED-209. If you liked ED-209’s big turrets and birdlike waddle, then you’ll probably enjoy this: 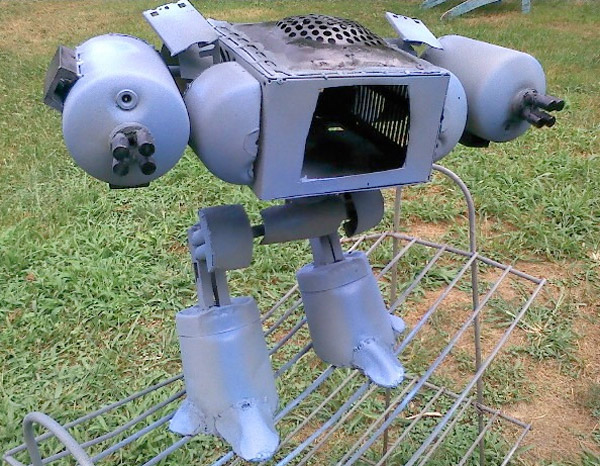 What we have here is a miniature version of ED-209, made up out of old junk parts. It was created by Sage Werbock (aka “The Great Nippulini“) using various stuff he had lying around including a head made from an old computer power supply, and legs and arms made from used propane bottles. The little robot even has a pivoting center, so he can swing from side-to-side, spraying his non-existent ammo across the room, laying waste to invisible enemies. 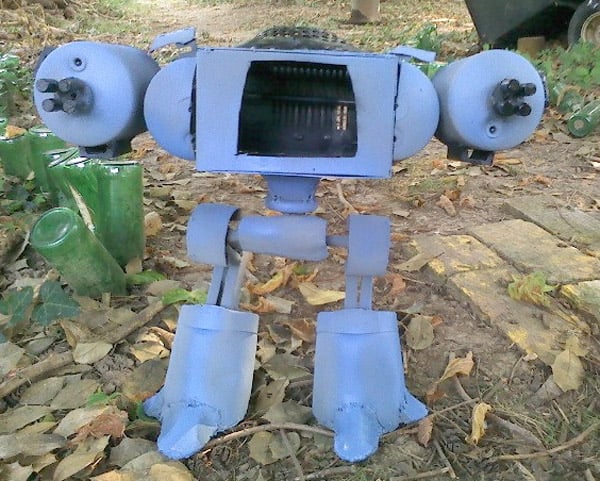 You’re looking at Mini-ED here, who measures in at about 13-1/2 inches-tall and 15 inches-wide. But this isn’t the only ED-209 that Werbock has welded together, no. He also has a giant 300 pound version of the robot hanging out in his backyard – that version used full-size propane tanks for its arm-turrets. 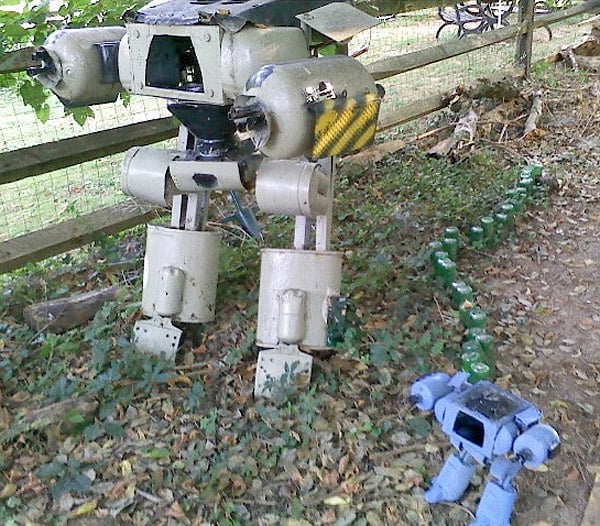