I haven’t spent a lot of time playing Skyrim on my PS3, but the time I have spent I ended up lost more often than not between locations trying to recall how to get where I was going. I’ve often wished for a Skyrim GPS. Sure, there’s a map in the game, but it’s not very helpful – especially while you’re walking around. If you need map and own an iPhone or iPad a new app has launched that you will absolutely want to download before you play next time. 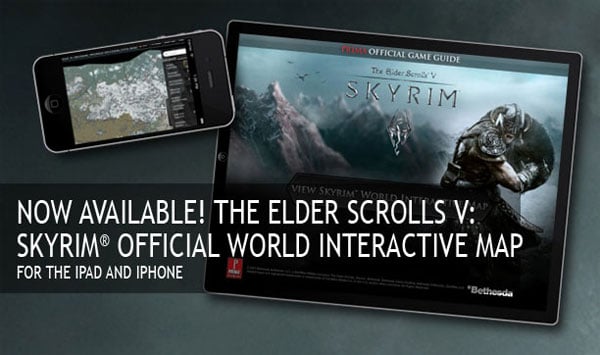 Prima Games’ app is the official interactive map of the Skyrim world and the core map is a free download. If you want all the details such as over 160 interior maps, 350 primary locations, 200 secondary locations, and over 1000 points of interest you can open those via in app purchases. The core world map that you get for free includes all nine of the capital cities. 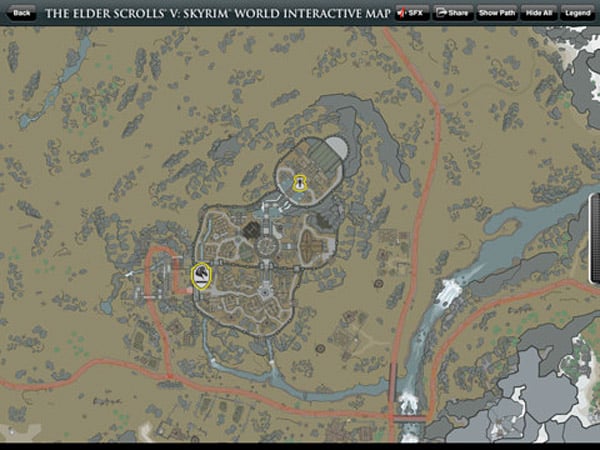 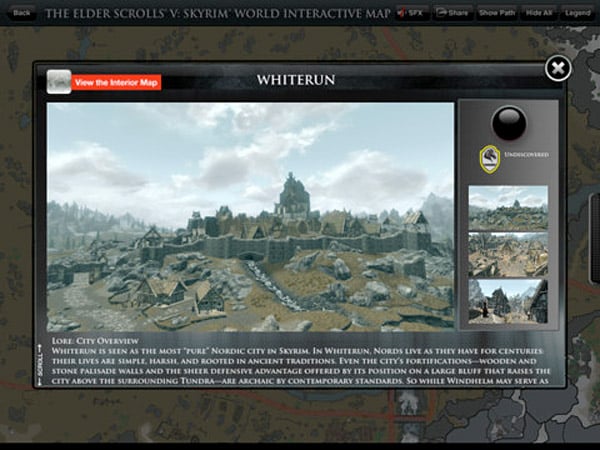 I think with this app, maybe I could make it between locations without spending 20 minutes of real world time with random animals and hooligans attacking me en route.