The Microsoft Kinect has been used for all sorts of interesting interactive experiments and artworks since it first came on the scene. It’s clear that these alternative uses for the motion sensing technology are often more compelling than the games themselves. This particular Kinect hack uses the gadget to put participants into a cool moving starfield, sort of like the hyperspace effect in Star Wars. 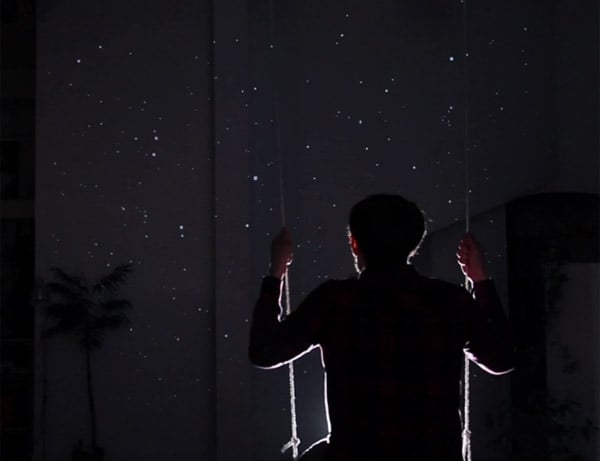 The guys over at interactive design collective Lab212 created this work simply entitled Starfield, in which a user sits in a swing, and as they swing back and forth, a projected starfield moves in sync with their swinging action. The setup consists of a Kinect, installed behind the swing, along with a projector which casts the stars onto a blank wall in front of the swing. Check out the effect in the video below:

The application was created using openFrameworks, and even can work with anaglyphic 3D glasses to create a really immersive effect. I can only imagine that between the swinging and the rapidly flying 3D stars, that you’d get a little woozy from this after a little while.

[via The Curious Brain]