Test messaging makes it quicker and easier to communicate, but it’s also highly impersonal. Most people I know don’t take text apologies seriously, and breaking up through text? Now that’s just sad. But meeting up in person or talking on the phone all the time just isn’t possible either. 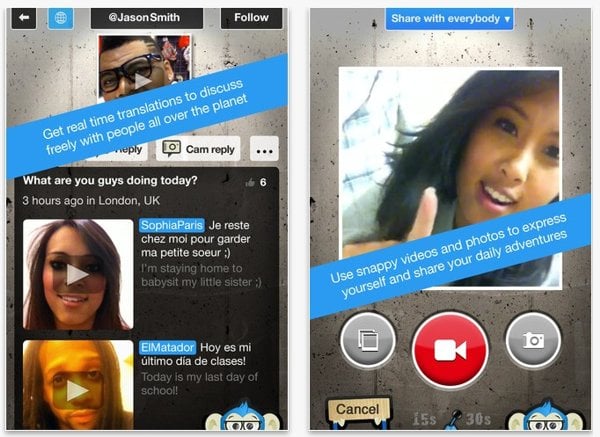 Chumkee is an app that lets you send picture or video messages to your friends all over the world. What makes Chumkee a little different from regular sharing tools is that it helps you keep in touch with acquaintances that you met while you were on foreign land, thanks to the translation feature built into the app. What it does is provide translations for video messages and text in real-time in over thirty languages, so you don’t have to access a third-party translation app or service before you can respond.

You can try out the app by downloading it from the iTunes App Store. It’s available for free, so you have nothing to lose.