Inception was both an eye-opening and mind-opening movie, although it was mostly and obviously fiction. Floating people and objects will never become a reality unless somethings gone awry with gravity. But then again – is it possible? 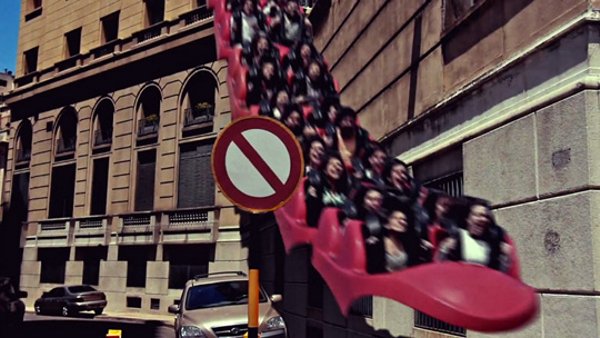 It apparently is, at least in the mind of film director Fernando Livschitz of Black Sheep Films. He created this captivating video called Inception Park where you’ll see a rollercoaster “flying” on an exhilarating ride through the streets of Buenos Aires, Argentina – completely untethered. Watch the video below for a truly trippy ride:

How Livschitz did it, we can only guess. (Sure, we know he did it using video editing software and by adding lots of effects, but exactly how to do it is what I meant.)