I really like Netflix and other streaming services for movies and TV shows. I have always hoped that eventually there would be a lot more competition in the market and that would push movie studios and other content providers to allow more streaming content overall. If you are a fan of streaming content like me you might appreciate a new offering, Comcast called Streampix. 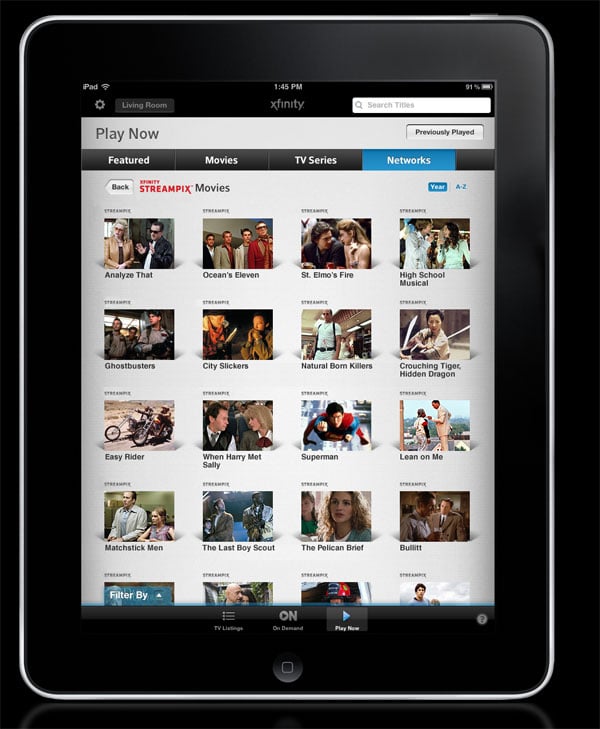 Streampix will allow you to view content on the web, your iPad and other mobile devices as well. There is a catch with the service though, it will only be offered to subscribers of Comcast cable. That means if you’re like me you live in an area where Comcast isn’t available you won’t be able to get access. For those that can get access it will cost an extra $4.99 per month. Apparently, it will be offered at no additional cost on some cable packages (like those expensive “Triple Play” bundles).

While Comcast has already been offering on-demand movies, the streaming service will offer past seasons of TV shows like 30 Rock, Lost, and many more. It will also have movies like Oceans 11, The Big Lebowski and others. I wonder if the service being tied specifically to a cable company if that will mean Streampix might get content that Netflix is unable to access.