Hitachi’s Emiew 2 Robot Gets an Upgrade

Hitachi’s office assistant robot EMIEW 2, has just gotten a batch of upgrades. On the outside he is still the same cute robot, but inside, some things have changed. The robot now uses the internet to help it recognize objects and it also has a database of existing image references. 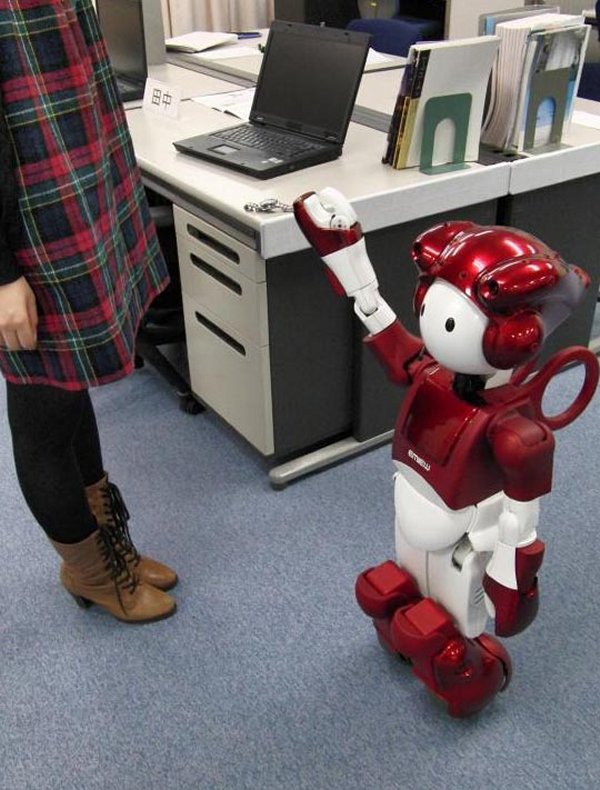 The little robot should be able to recognize nearly anything now. When shown an object, EMIEW 2 can take a picture and do an online search for similar images. It also has a new network of cameras that are positioned throughout the office space, and with these, EMIEW 2 can locate specific objects and guide humans to them. The robot also turns much more smoothly than before, without having to slow down.

Of course, it’s unlikely we’ll ever see this guy in our homes, but maybe one day we will have a similar bot for household use. Hopefully it will do all of our housework (and maybe our jobs) for us.

For what this robot probably cost to produce, I would be willing to do the same job for half the price. And quicker too.