Gundam Learns How to Walk

I always thought the Gundam already knew how to walk, but apparently the giant mech never really knew how to do it properly. So leave it to some enterprising Japanese geek to come up with a way to get Gundam to learn how to walk using a CGI physics engine. 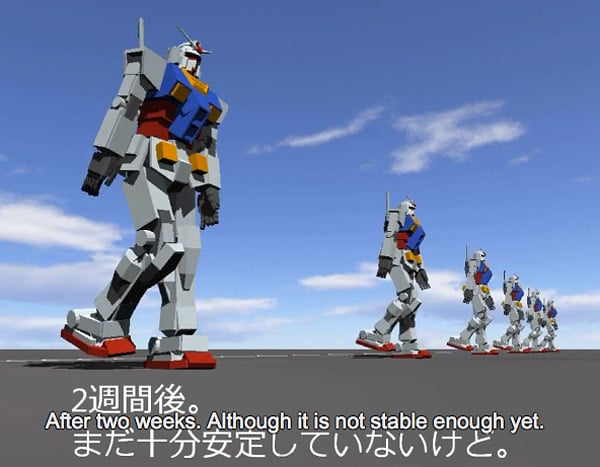 Using a “genetic algorithm,” YouTuber 99munimuni trained his digital Gundams to walk on their own. It’s an interesting evolutionary process, watching these imposing mechs flail around as they try and figure out how to amble about. See what I mean in this fascinating (and often comical) training video the Gundams attempt to walk without faceplanting (be sure to leave closed captions on):

Apparently, it took about two weeks of heavy-duty CPU churning for his computer-generated Gundam to learn how to walk. In the mean time, he filled in the long hours with a bunch of other primitive looking ‘bots walking about and swinging from swings. Why? Why not?