In 2011, Volkswagen had the best Super Bowl commercial, featuring a diminutive Darth Vader. This year’s commercial was fun, but it didn’t have the Star Wars tie-in as its main theme. Maybe this what Volkswagen should have done for their 2012 Superbowl commercial instead.

I can already see a storyline evolving in my mind of a poor, lonesome AT-AT Imperial Walker on the run from those pesky rebels, deciding to make babies with a Volkswagen bus and start a family. 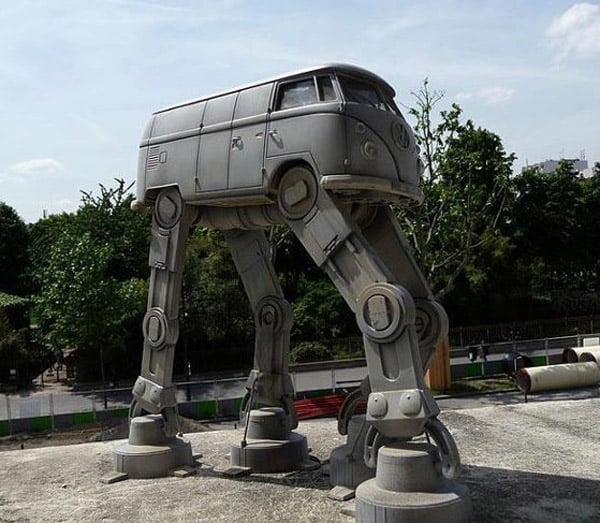 This Volkswagen AT-AT Microbus sculpture was spotted by tech journalist Jack Schofield. While the exact origin of this elephant-like monstrosity hasn’t yet been discovered, it’s definitely fun to look at. If the photo is accurate, then someone has built a huge sculpture that features a VW bus that’s been modified to walk on AT-AT legs.

Even if it turns out to be some kind of Photoshoppery, it’s still something that will make you smile.