Spli-T-ime Watch: You Could Just Wear Two Watches, No?

This concept watch might look like a dual time zone watch, thanks to the fact that it’s basically composed of two watches linked together. But it actually tells time in just one time zone – hours on the left, minutes on the right. 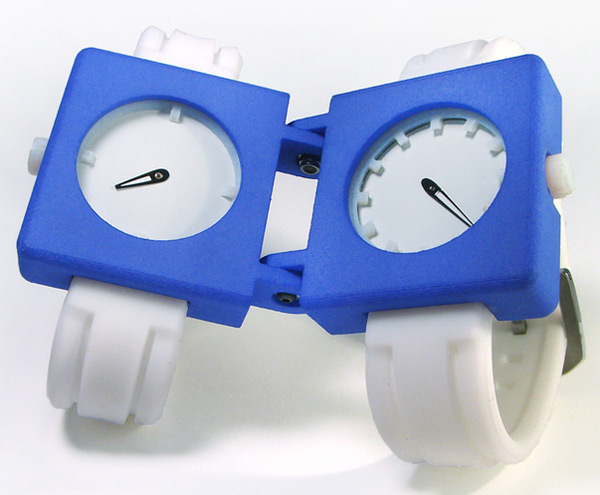 The spli-T-ime concept was created by the designer Paul Kweton. You’d expect the faces to be smaller, so that the overall footprint wasn’t so big, but you’d be wrong. Each face appears to be the size of a normal watch. His watch has got two big faces, hinged together – allowing you to glance at them quickly and get the right time by looking at both faces. 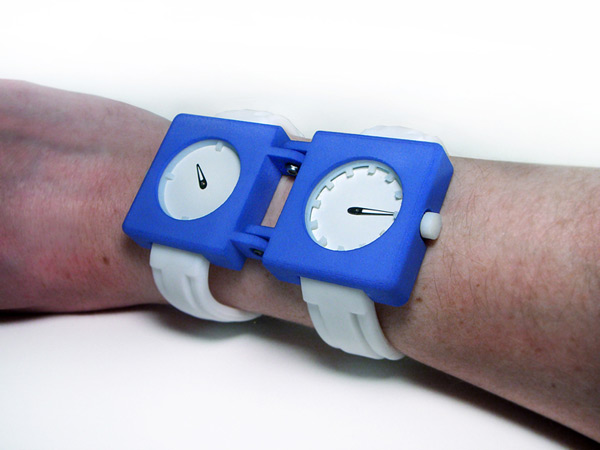 There have been other watches with multiple faces, but none that I can remember that were as big as this one. Maybe once it gets into production, it will shrink. Nevertheless, it’s a unique timepiece that will take up most of your arm, and will attract looks from anyone who sees it. 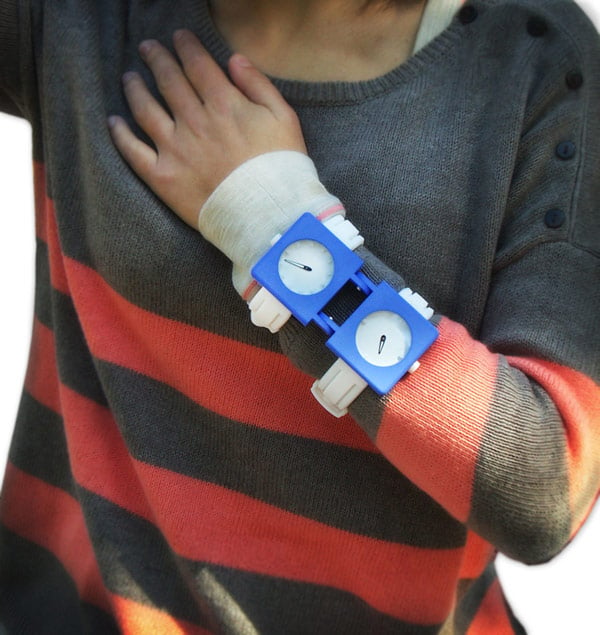