Have you ever wanted privacy while working in an open office space? Don’t have enough space to go all-out and install one of those Tetra-Sheds? Then check out the DESKSHELL which hides away your private work (and social networking and Solitaire playing) from your coworkers. 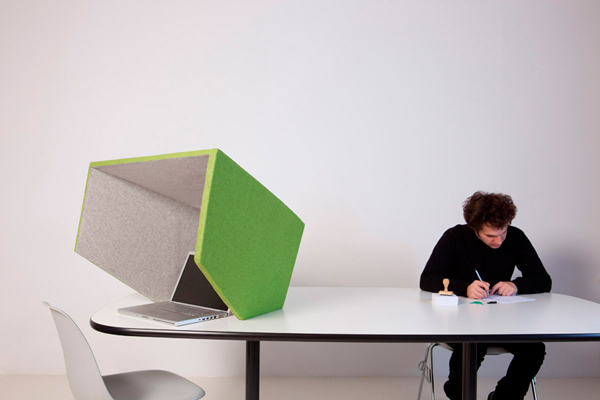 The  turtle-like DESKSHELL was created by the design studio Kawamura-Ganjavian. They designed it in response to more and more offices opting for open office space, which clearly has reduced privacy. The shell is made out of sound-absorbing materials, so that you can ruminate in peace. 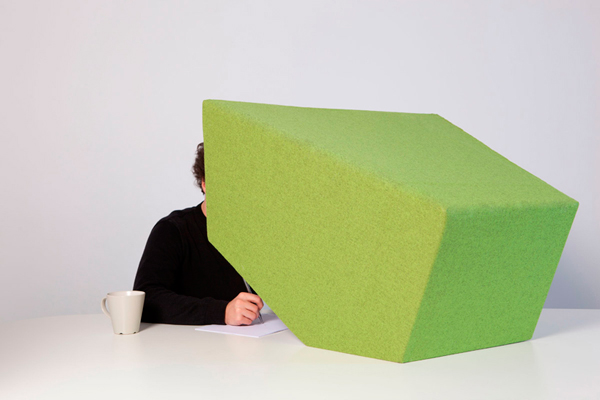 It might make you look a bit loony, but that being said, it can be handy when you want to work undisturbed for a while, and concentrate at the task at hand. 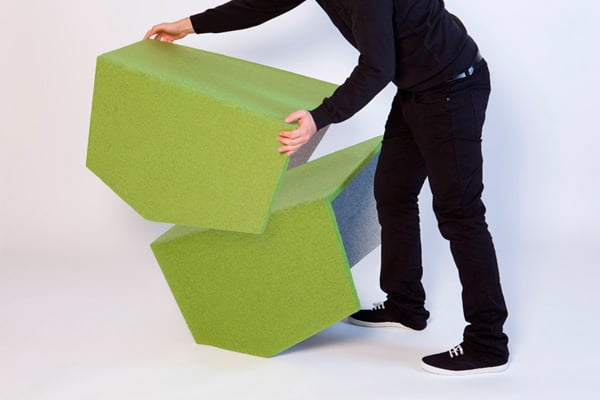