I’m sure you’ve seen plenty of seen cats and dogs play with laser pointers. You’ve probably toyed with your own pet with a laser pointer and tormented them at some point. Animals go crazy for it. They just love to chase the light. And the silly buggers even think they can catch it somehow. It’s about time that fish got in on the action. 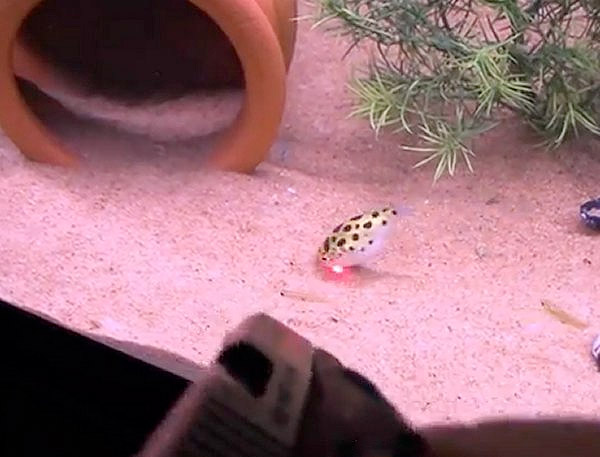 The dumb fish doesn’t care of course. He just doesn’t want a cap popped in his fin – or he thinks it’s some sort of glowing worm he can eat. As soon as he starts playing, he probably forgets about the gun anyway, because fish are (don’t hate me for saying this marine biologists)… kinda stupid.

[via VVV via Geekosystem]