Angry Birds. You either love the game or wish it would go away already. Well, no matter what you think, millions of people are playing it. Playing it so much that maybe it’s getting a bit stale. If you feel that way, never fear. There is a new weapon available for your Angry Birds play. 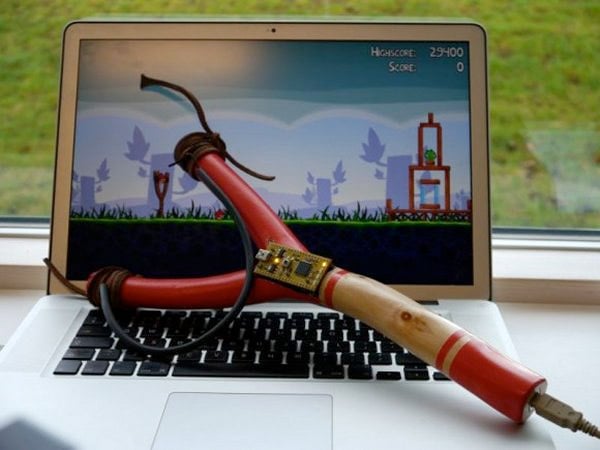 This slingshot was built using mbed, a tool for rapid prototyping with microcontrollers. The device interfaces with the game over a USB connection. The slingshot is recognized by a PC as a mouse. Just pull back the real slingshot, which has a stretch sensor and it translates it into mouse input. The angle of the shot is handled by an accelerometer.

When playing with this controller, the game becomes new again and you will to acquire new skills. It’s only a matter of time before Rovio sees this thing and puts it into production. For now, you can make one yourself if you want. mbed has provided some detailed instructions over on their build log.