Astronaut Builds LEGO ISS While Aboard the ISS

We have an unnatural fascination with LEGO around here. When those little blocks are used to build geeky and awesome things, we get really excited. ISS astronaut Satoshi Furukawa from the Japan Aerospace Exploration Agency recently built a LEGO replica of the International Space Station while aboard the International Space Station. If he could have only integrated a minifig constructing his own mini ISS, aboard the larger LEGO ISS, aboard the real ISS, geeks across the world would’ve stroked out, and a hole would have opened up in the space-time-continuum. 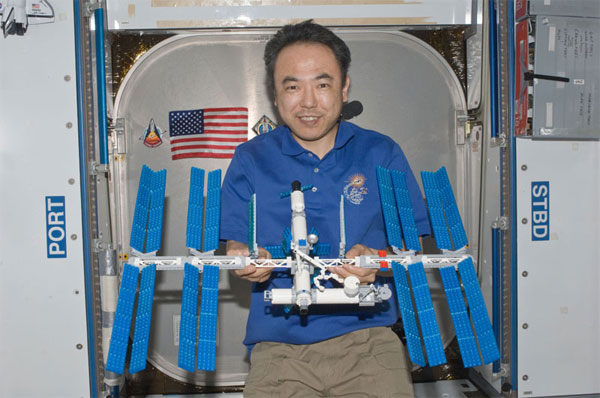 Some large LEGO sets can be a challenge to assemble on the living room floor, so I can only imagine building in zero gravity would be a difficult task. Furukawa constructed the two foot-long model inside of what astronauts called a glovebox containment enclosure. The enclosure gets its name from the fact that it’s sealed with access gained by placing your hands inside sleeves with gloves attached. 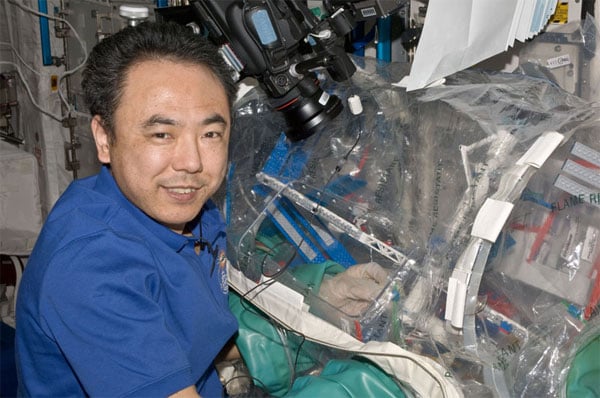 Apparently, being able to snap the bricks together while wearing thick gloves was a challenge. The glovebox enclosure was used because the tiny LEGO bricks are fire hazard and if they floated off, they might have become stuck inside important equipment causing a catastrophic explosion and a fiery end to all aboard the ISS. Okay so that wouldn’t happen, but at least any blocks floating around in zero gravity won’t end up where a hapless astronaut floating to the restroom in the middle of the night might have stepped – or worse yet – sat on one.