I’m not sure if this is a cube-based builder with shooting elements or a first-person shooter with building elements – and frankly I don’t care. The results are awesome. When you combine Call of Duty: Modern Warfare 3 with Minecraft, you have a winning concept in my book. 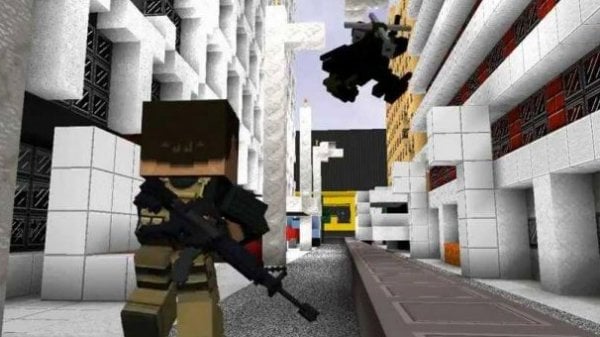 The makers of Guncraft promise an intense, multiplayer-based, first-person shooter with a completely customizable, cube-based building game. Developer Exato Games are hoping to release the beta for PCs in March, with a full launch in June. This game looks like it actually has a ton of potential. Check out the trailer:

At the time of this writing, their Kickstarter project has raised more than $2,000(USD) of their $16,000 goal. I think they are going to make it – and you can help. Hit the Kickstarter page for details about what rewards you get for your contribution. A pledge of $15 or more gets you a copy of the game.