ThinkGeek’s Schrödinger’s Cat Executive Decision Maker sounds like it’s one of their prank products, but it’s actually for sale. Maybe. At least it was there the last time I was on their website. (Checks) okay it’s still there. And it’s not April 1st. The box is a morbid version of heads or tails – open the door and you’ll either see a live cat or a dead cat. 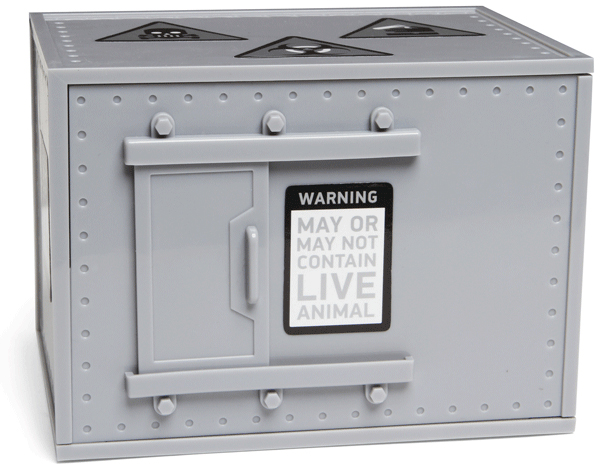 I think the video below shows the box in action, but you’ll never know for sure until you play it:

ThinkGeek is selling the Schrödinger’s Cat Executive Decision Maker for $30(USD). Batteries are definitely not included.