At this week’s Mobile World Congress, Invoxia introduced the AudiOffice, a new product that’s basically a fancy speaker dock for your iOS devices. While it has nothing to do with Audi cars, it has everything to do with AudiO. The dock is optimized for the VOIP and video chat capabilities of your iOS devices. The whole package is attractive, and I wouldn’t mind having one on my desk, thought it seems it’s a bit pricey for what it does. 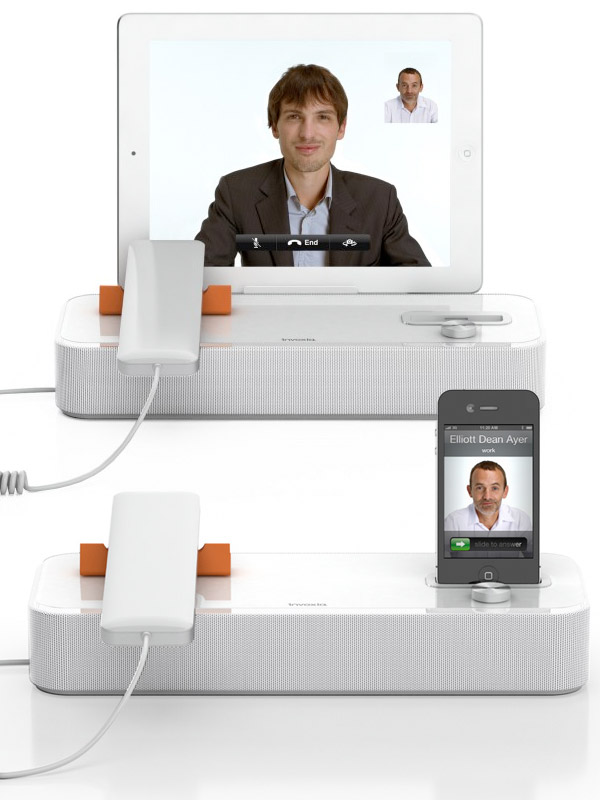 The telephony functions of the AudiOffice dock come courtesy of your iOS device, while Invoxia’s hardware will enhance the overall call quality, thanks to four wide-bandwidth speakers and two digital microphones. It’s also got a traditional phone handset you can pick up when you don’t want to use it as a speakerphone. The docks were built for iPhones and iPads, but you can still connect other devices through the dock’s USB or Bluetooth capabilities.

The AudiOffice will sell for $299(USD) when it’s launched, which is cheaper than Invoxia’s NVX610 but still not cheap.