Mario fans looking for a fun way to dock their smartphones, look no further. What we have here is a phone dock modeled after Super Mario Bros.’ iconic green warp pipe. 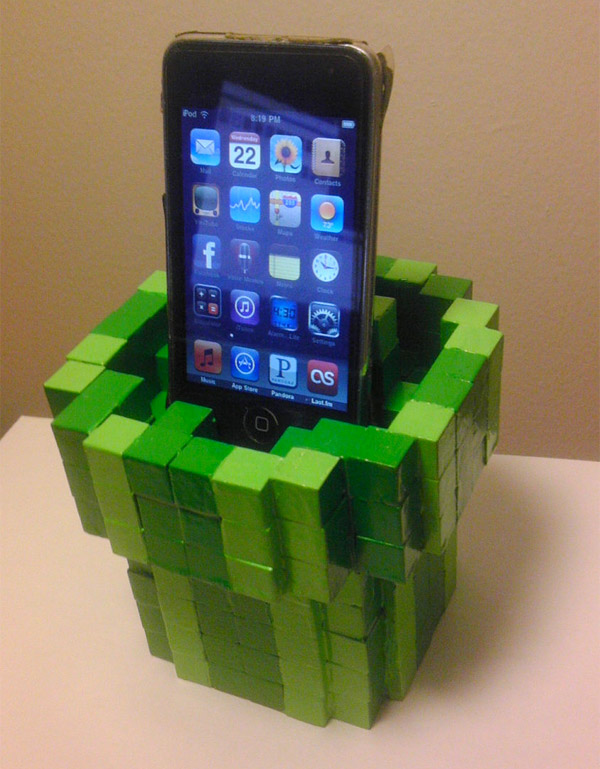 You’ll be happy to know that when you place your phone in this pipe, it won’t be eaten by a Piranha Plant or fall through to a secret level. Though I guess that would be cool, but you’d have to dive in after it to get your phone back, and you probably won’t fit – especially if you’ve eaten any power-up ‘shrooms lately. Now that I think of it, if I had one of these, I’d make my lock screen picture a Piranha Plant. 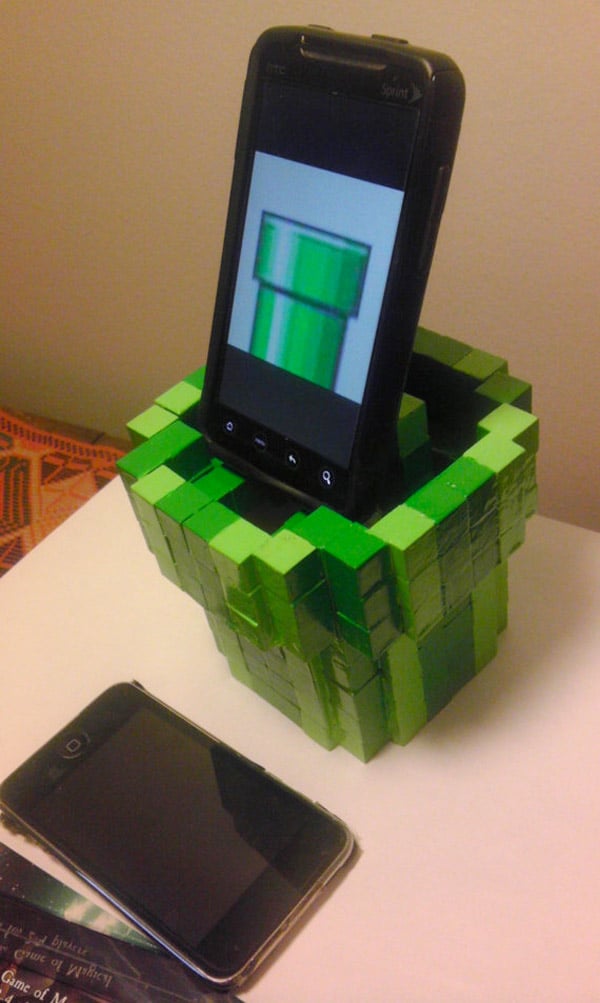 The 8-Bit Warp Pipe Phone Dock is another creation from Richard Clinton (aka ‘8BitBuilder’), who most recently brought us that amazing Link computer case. This dock is made using the same painted wooden voxel block approach he uses for his computer mods, but this thing only costs 50 bucks, instead of the thousands you’d pay for one of his computers. The dock should fit most smartphones, unless you’ve been crazy enough to buy one of those giant ones with a 5-inch screen.

If you want it, go punch some blocks to load up on gold coins, and head on over to Etsy.