Greasy fingerprints on gadgets with touchscreens are not only unsightly, they can actually pose a security risk. It’s not that big of a deal – wiping our gadgets clean from time to time isn’t a problem. But this new fingerprint-resistant film is still a welcome development. 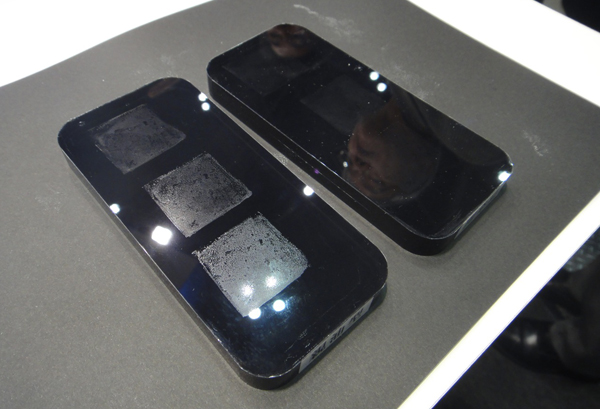 Developed by Toray Industries, this new film is not only more oil-repellent than similar products, it also reduces the visibility of smudges, thanks to “a randomly wrinkled nanometer structure on the surface.” I have no idea what that means either, but the result does speak for itself:

Note that the film doesn’t completely prevent oil from being deposited on it, so don’t throw out your microfiber cloths – and shirts – just yet.