Yo dawg, I herd you like Raptors, so I put a LEGO Raptor in yo LEGO Raptor, so you can fly prehistoric-style while you fly. That’s what Jack Marquez, who goes by “Ewok in Disguise” on Flickr thought a lot about that when he was constructing his little F-22 Raptor fighter jet out of LEGO blocks. 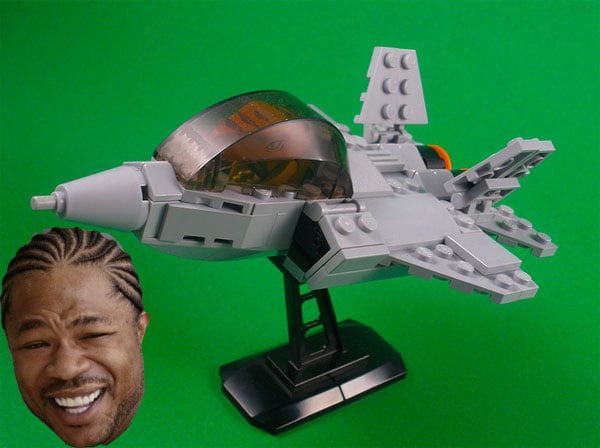 The LEGO airplane model is cool on its own, but the coolest thing about little Raptor model is that the pilot is actually a velociraptor. The LEGO plane reminds me a lot of caricature of a real jet with its somewhat bulbous proportions, but I still really like it. I know that if this was around my house, the kids would crash it repeatedly in some sort of horrendous flying accident. 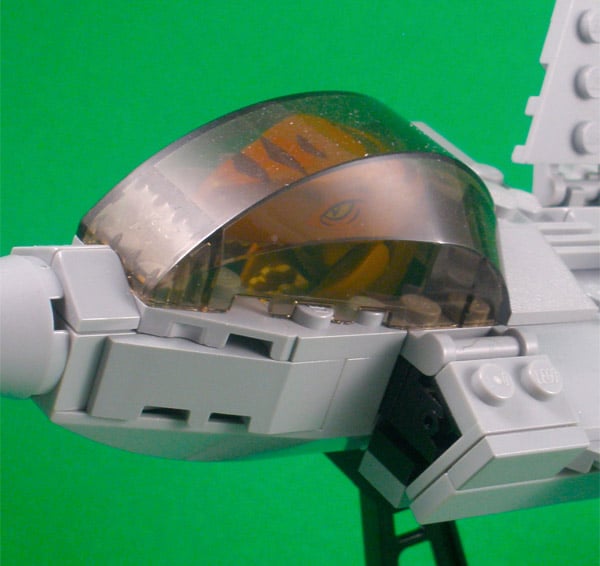 The head of the raptor apparently came from one of the new LEGO dinosaur sets. This is cool with the military and dinosaur mashup going on. I don’t think that combo happens enough. What do you think?