Indiana Jones Cupcake: Throw Me the Icing, I’ll Throw You the Whip! 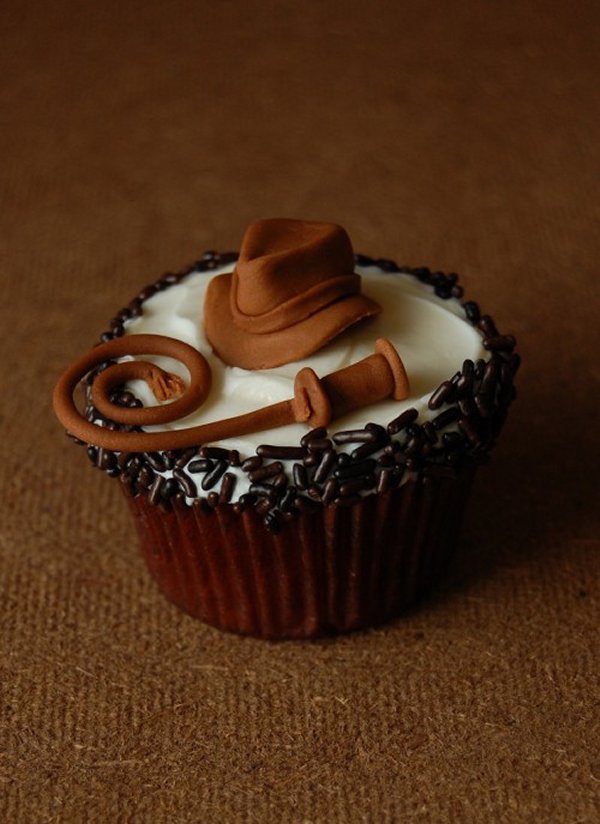 This beautiful Indy cupcake was made by Kati Peck, who captures the spirit of both Indy and the movies very nicely with a simple, minimal image. It features Indy’s whip and hat on top, mimicking one of the classic movie posters, with just the right amount of sprinkles on the side.

This isn’t Kati’s only amazing cupcake though. You can check out her photostream to see cupcakes with themes that include Lost, True Blood, Watchmen and more. Bake some for the Short Round in your life. Great job, Kati.

[via That’s Nerdalicious via Neatorama]