I’m not sure how many of you guys are aware that Marvel once released a series of comics about undead superheroes called Marvel Zombies – actually written by Robert Kirkman, the same guy behind The Walking Dead. While there were some official Marvel Zombie toys, one fan has decided to go off and make his own, which looks far superior to the cheap, mass-produced ones. 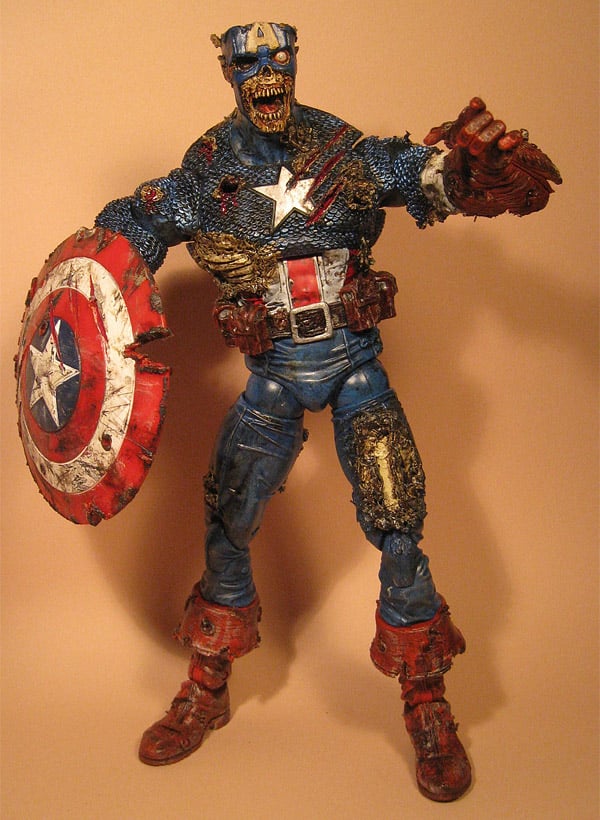 What you’re looking at here (obviously) is a zombified version of none other than Steve Rogers himself after being infected. The detail on this custom zombie Captain America by Ben Franklin Zombies are awesome. I just love the gory face details, and the shield – which have clearly seen better days.

Ben started out with a regular 1/6th scale Captain America action figure, and added a custom resin headsculpt, along modifications to the zombie Avenger’s plastic body, and an intricate, distressed paint job to finish things off. 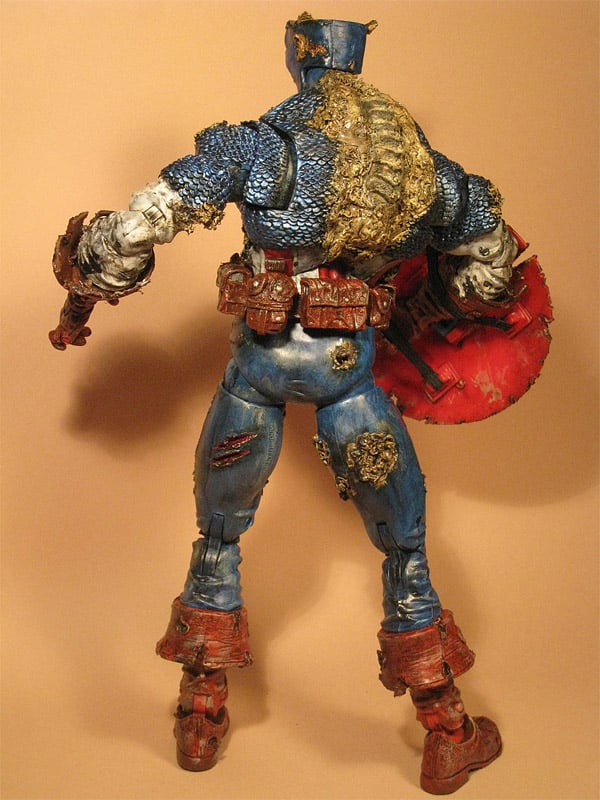 This custom Captain America is up for sale on Etsy for $299 (USD), and you can check out more of Ben Franklin’s creepy custom creations over on his Facebook page.