We see a lot of green concepts around here and while some of them seem pretty obvious, others clearly took more thought to come up with. The latest green concept is this manhole cover called the Fuel Cover and it certainly falls into that second category of things you need to think about. The manhole cover does its job of covering the holes in streets and sidewalks offering access to the underground pipes (and C.H.U.D.) 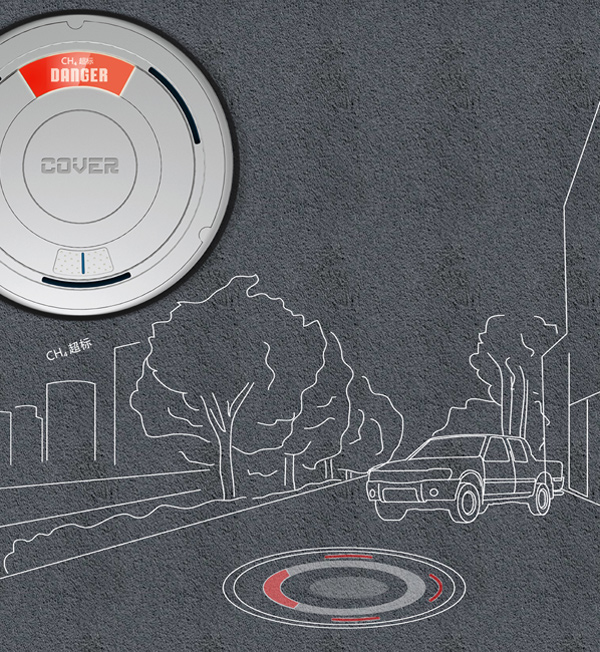 This particular concept from Wang Yi and Je Ze has sensors which read concentrations of gases such as methane coming from underground, and illuminated indicator lights if there is a danger. But it’s not just there to alert us to hazards – the It also has hardware inside to capture the kinetic energy of cars and people walking and driving across and stores that as electricity. 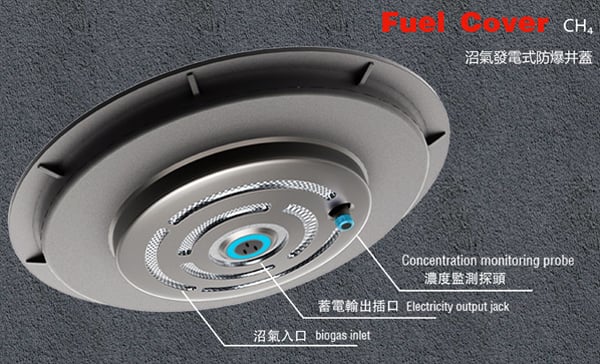 That electricity could then be used by workers for their equipment when working underground or nearby. The underside of the Fuel Cover has a normal electrical outlet that things can be plugged into. It could also generate electricity by harnessing biogas such as methane coming from underground. 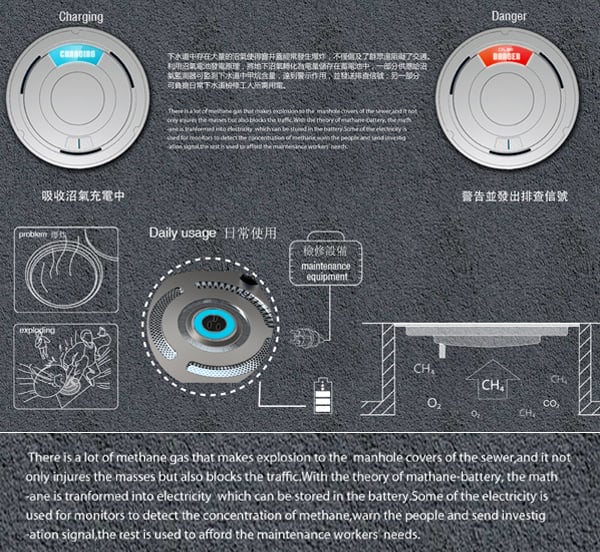 It’s still just a concept at this point, but there are already devices being made to capture kinetic energy from vehicles driving over them, so it’s really not that far-fetched.