I didn’t even know that Justin Bieber had a steampunk robot arm, but then again, I don’t really follow the Biebs. I’m not exactly in his target demo. Apparently, he donned this curious bit of steampunk wear for a photo shoot and a holiday music video a few months back. 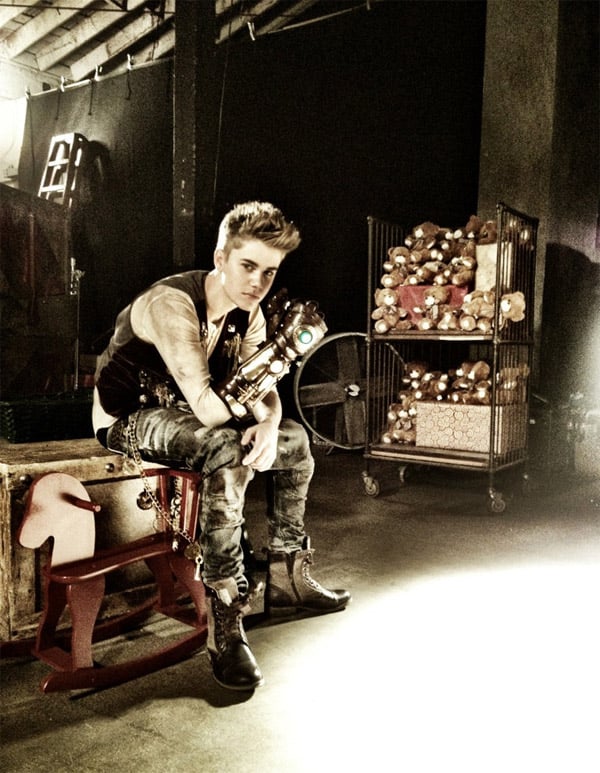 While you can’t actually buy the exact one he wore (I’m sure that anything that Bieber touches instantly is worth ungodly amounts of cash), you can own one made by the same artist – based on the same design worn by the teen pop idol. 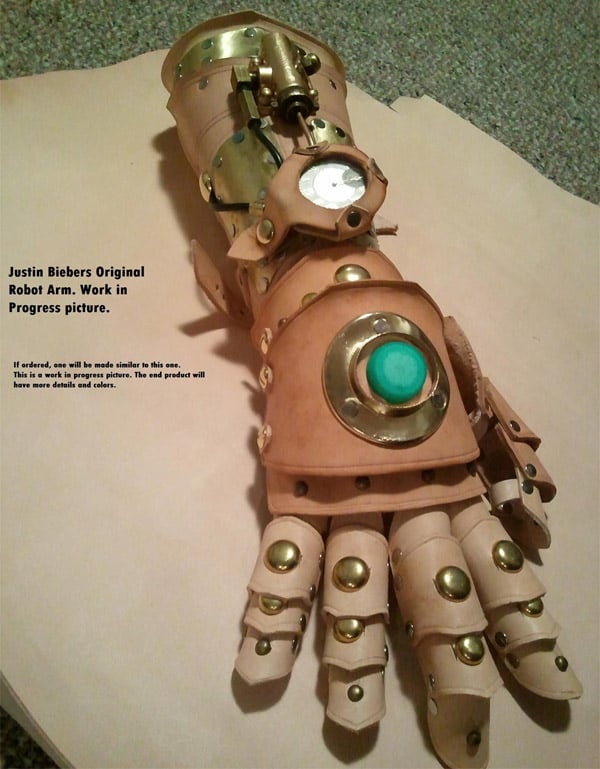 This cool neo-Victorian glove is handmade by artist Ian Finch-Field of SkinzNhydez, who specializes in leather steampunk goods. It’s made from leather, brass, rivets, studs, an old pocket watch, and even has a working LEDs built into it.  Each glove is made to order and appears to have had some design refinements since Bieber wore his. For some reason, it makes me think of a steampunk Iron Man – if he were played by Justin Bieber instead of Robert Downey, Jr. 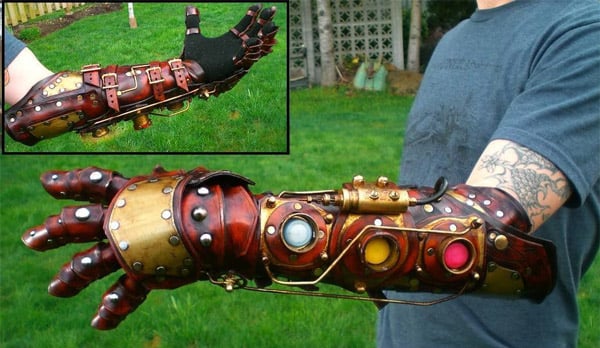 If you just have to do everything Bieber does, or just think it looks cool despite Justin wearing it, you can buy one of just ten of these being made over on Etsy – for $1,700 CAD (~$1,765 USD). While that might seem a bit expensive, at least your purchase will go to a good cause, with 20% of of each one sold going to the Greater Victoria Animal Crusaders.