You’re the big man in the house when it comes to fixing technology. The remote stops working, you have the ingenuity to change the batteries. The printer stops working, you use your problem solving skills to determine that there is a lack of paper. Well, I hate to burst your very large ego bubble, but a 14-year old has built a fully functional black and white printer out of LEGOs from an NXT set. This device, as dubbed by the creator, Leon Overweel, is called the PriNXT. 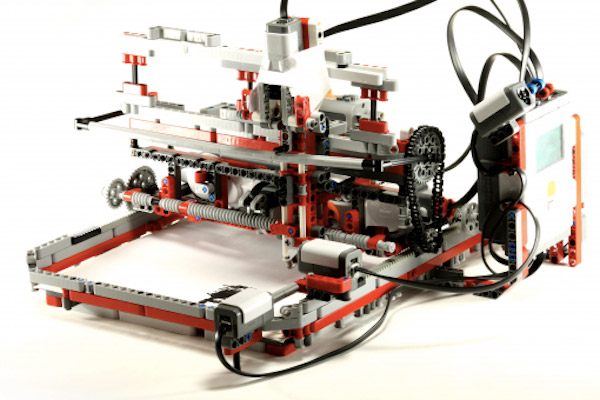 Leo’s PriNXT LEGO Printer is powered by just three motors: two that move the felt tipped pen laterally, and one that moves the pen off of and onto the paper. This device can print images onto paper, but Leo says it takes over three hours to get a substantially-sized image on there, and that the resolution is very low. 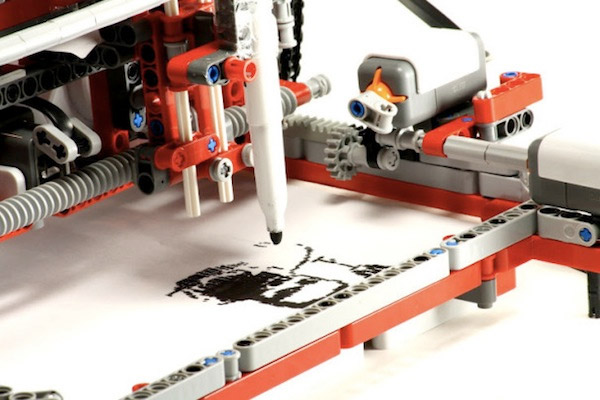 Despite the fact that you won’t be using the PriNXT on a daily basis, it’s an impressive feat that a mere child could build this incredible creation that would have been deemed black magic only a couple hundred years ago.

This is an amazing NXT creation, but if you’re still looking for more LEGO goodness, you’ll want to jump on over to the Twin Lens LEGO Camera and the life-size LEGO Batman for more. Or, you could help me build the box car I’m working on. It’s going pretty well so far – I just need to add the chassis and wheels. Merely finishing touches, if you ask me.

[via The NXT Step via Make:]