Digitar: Revolutionizing the Future of the Electric Guitar

One of my favorite instruments is the guitar, although I never really learned how to play it all that well. I’m constantly fascinated with the people who do, however, and even more fascinated by people who have actually thought up ways to modernize the instrument.

Take, for example, the Digitar. It doesn’t take a rocket scientist to figure out that it’s a mash-up of “digital” and “guitar.” This concept design by Formquadrat is basically a futuristic touch-sensitive guitar that makes use of Touchskin surfaces on the neck, drum, and wheel. 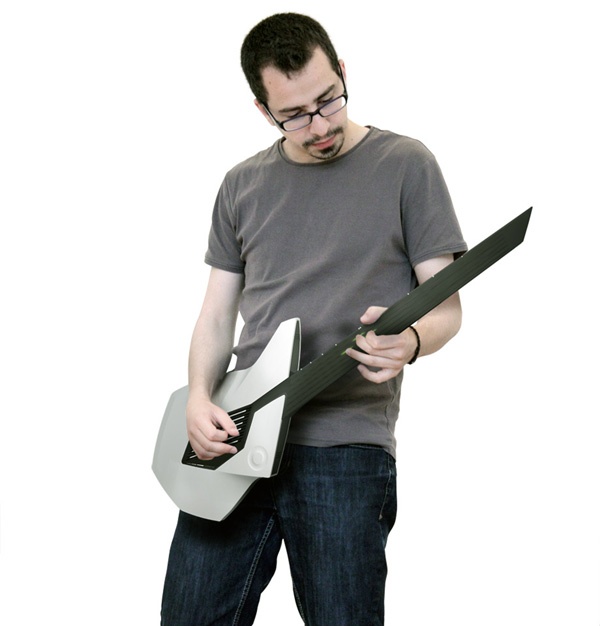 You’ll basically be able to play your favorite tunes and strum without risk of broken strings, because these Digitars aren’t fitted with strings. Instead, they’ve got capacitive touch surfaces, and LED fret indicators for music lessons. 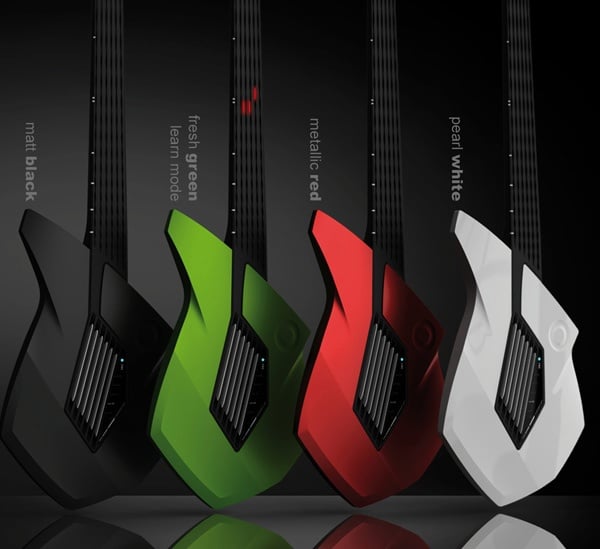 While we’ve seen some digital guitars before, this one seems most interested in preserving some of the tactile strumming appeal of the original. It would be interesting to see if they catch on and manage to draw a following if they ever make their way into the market.