iRobot makes a bunch of different robots that are in use by the military and police to apprehend bad guys without getting humans killed. About this time last year, we mentioned the then new 110 FirstLook robot. The manufacturer has announced that it has received $1.5 million order from the Joint Improvised Explosive Device Defeat Organization (JIEDDO). It sounds like the ‘bots will be looking for improvised explosive devices in combat zones. 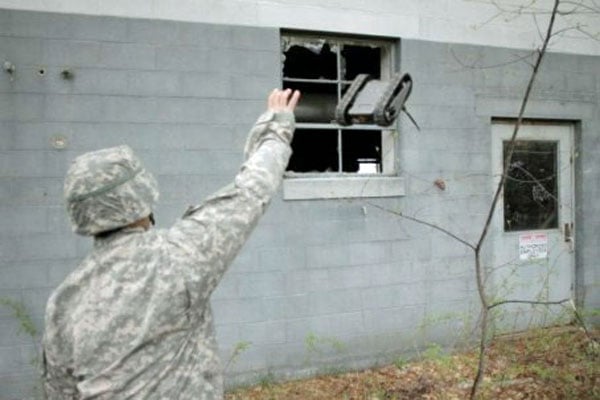 This robot is cool because it’s rugged, able to survive 15 foot drops, and is small enough that it can be thrown through a window to get a look inside a building. The robot is also capable of self-righting if it lands upside-down, and can climb obstacles up to 7 inches tall. It has cameras on the front, back, and sides along with IR lights for seeing in lowlight environments.  The 110 can last for up to 10 hours per charge doing video monitoring, and up to six hours for moving around.

It appears to use some sort of touchscreen controller the operator wears on their arm. Until now, the 110 has been performing internal testing at iRobot. Now with the massive order of 100 units, the bot will get its first on-the-job “operational assessment.”