TARDIS in a Bottle, Which is Bigger on the Inside? 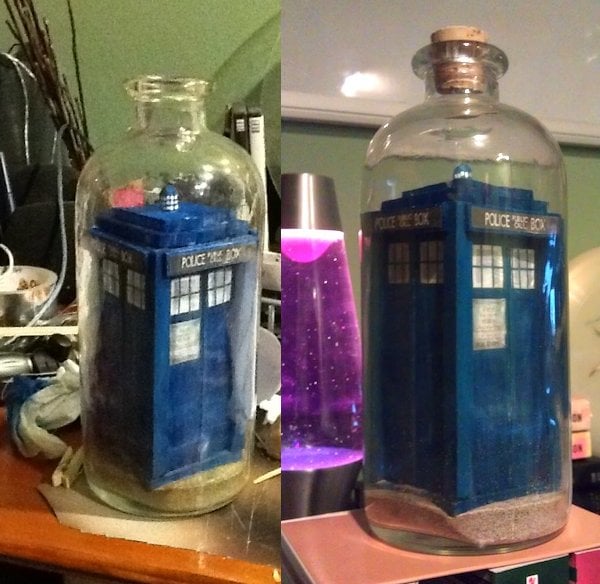 I am amazed by people making ships in bottles, but I at least know some of the tricks as to how they do it. I’m extra impressed at putting something as big as a TARDIS in a bottle. How in the hell did they do that? It could be a devious trap by The Master, but it is actually a project made by hpotterwizard.

The materials used are balsa, wood glue, a glass bottle, a cork, sand and more patience than I have. Looks like you can put time (and space) in a bottle after all.