Today was a big day for fans of Apple with its press event unveiling the new iPad. With tablets at the forefront of many consumers minds today, Ford took the opportunity to boast that it was the only automaker in the world that provides a voice control system in their vehicles that is able to access a tablet. 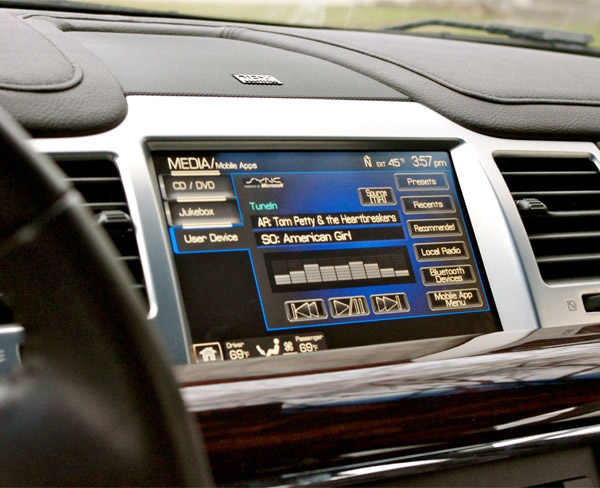 Ford says that its MyFord Touch (powered by Microsoft SYNC) can be used to access music, audio books, and podcasts that are stored on tablets. The USB port inside the Ford vehicles is also able to charge some tablets, though probably not the iPad which needs more power than most.

The iPad isn’t the only tablet the MyFord Touch system has control over. The updated software can control the iPad, iPad 2, Amazon Kindle, Kindle Fire, HP Touchpad, HTC flyer, Nook Color, and the Sony Tablet S. Ford says it will be testing with the new iPad when the tablet is available. Presumably, it will work with the new iPad, since both older versions of the tablet are supported – though if it needs any software changes, Ford isn’t exactly the best with releasing regular updates to SYNC.