Videogames are very good at engaging our eyes and ears, but when it comes to touch we still have a long way to go. Force feedback is the gaming industry’s attempt to engage our sense of touch, but it’s limited at best. This prototype controller achieves improved tactile feedback through the joysticks. Psycho Mantis must be rising from the dead in excitement. 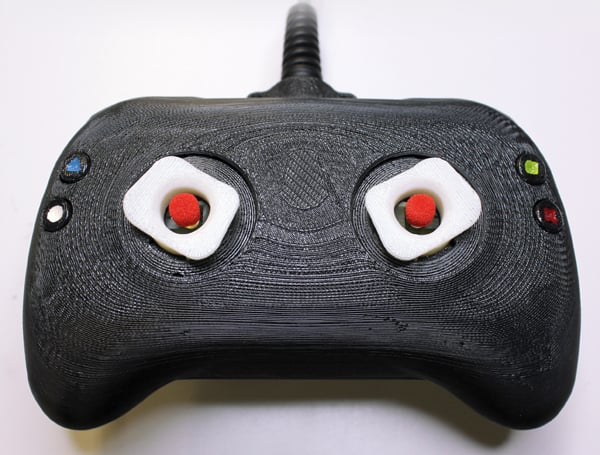 The controller was designed by a team of engineers at the University of Utah, headed by professor William Provancher. It achieves more accurate and versatile tactile feedback via the red nubs in its joysticks, which are called tactors. The tactors can move like joysticks, making it easier to enhance the gaming experience. For example, they can move side to side to emulate the sensation of being on water, provide location-specific cues and more. Watch the video below to get a better idea of the tactors.

Let me just say that Nobuo Uematsu is a freakin’ genius. That music gets me pumped up and makes me patiently wait for my turn to attack. Going back to the controller, Provancher believes that the tactors would also work in other applications, such as game controllers in mobile devices and as navigation guidance in vehicles. I’d like a pair of gloves with tactors on the tips. Marry that with gesture-based interfaces like the Kinect and holograms and we’ll be immersed all right.

[via University of Utah via Joystiq]