After months of anticipation and speculation, Apple today revealed their 3rd generation iPad, simply called the “new iPad” – previously thought to be called the iPad 3 or iPad HD. We’re not sure if removing the numeric naming convention on the iPad will confuse users who upgrade over time, but it’s not like the iMac or Macbook have numbers on them.

Hot on the heels of a quarter in which the iPad 2 outsold every major PC with 15.4 million units, Apple CEO Tim Cook showed off the new tablet in his first product announcement other than the iPhone 4S since the passing of Steve Jobs. 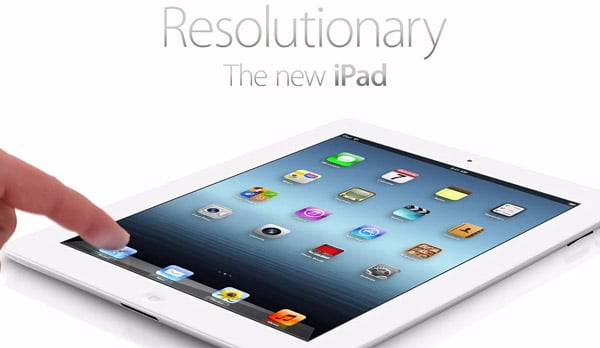 While the exterior of the new iPad doesn’t look dramatically different from the iPad 2, it does offer numerous improvements both under the hood and in terms of display capabilities. As expected, the new iPad has a super-sharp Retina Display, with an astounding resolution of 2048×1536, or a total of 3.1 million pixels at a density of 264 pixels per inch. 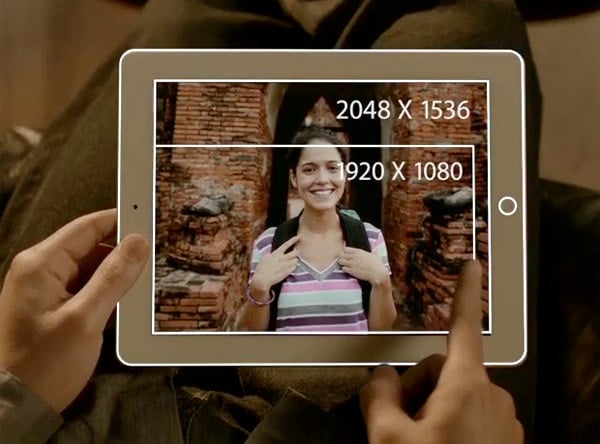 Take that, 1080p! This means that you’ll no longer be able to distinguish pixels on screen as you can with the iPad and iPad 2. The display also claims to offer 44% better color saturation than the iPad 2’s already high quality screen. 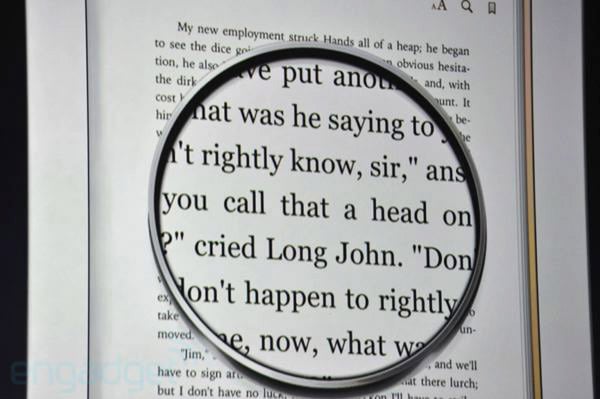 Existing applications will automatically be upscaled to take advantage of the higher resolution, and obviously text, video and photos will look way better right away. But I’m really looking forward to games and creative applications which take advantage of the sharper screen details. Just think about the fact that this thing can push more pixels than an Xbox 360 or a PS3!

It’s all powered by a new chip called the A5X, a quad-core CPU/GPU to help push all those pretty pixels to the display. However, the CPU side still runs at 1GHz – only they GPU has seen a speed bump. 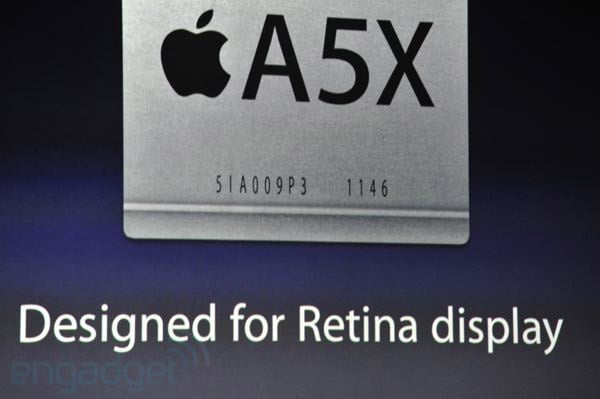 The iPad’s main camera has also gotten a much-needed upgrade, now offering 5 megapixel resolution, backside illumination and a hybrid IR filter, just like the stellar camera in the iPhone 4S. It also supports auto-focus, auto-white-balance and face detection. Video can be shot at up to 1080p resolution, with software based image stabilization. It doesn’t sound like the user-facing camera has changed, though. 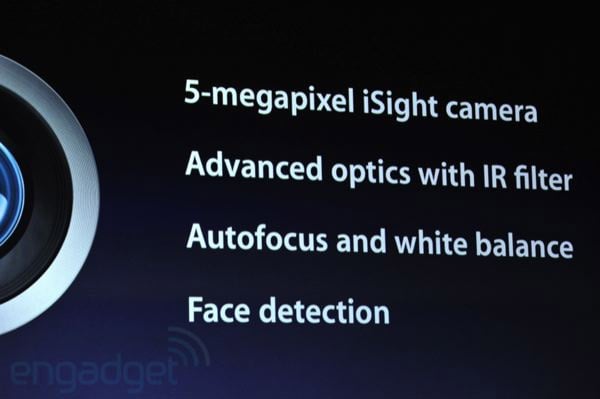 Apple has also added a new feature to the iPad – voice dictation. There’s a handy new button on the bottom of the keyboard which looks like a microphone. Tapping this engages the voice dictation capability (which appears to be a stripped-down Siri), and transcribes text to typing in US English, British, Australian, French, German and Japanese. 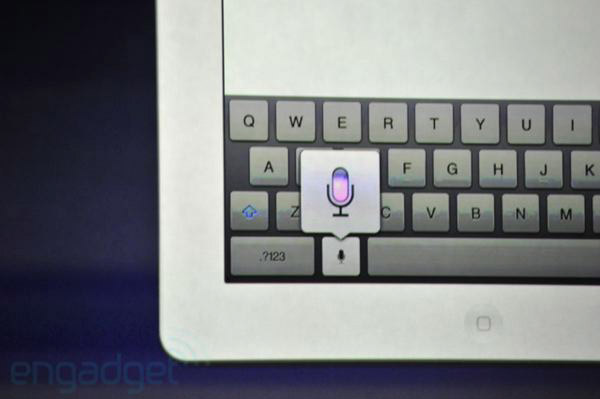 The iPad HD also is the first Apple device to support 4G LTE – which means super-fast network speeds wherever you go (in covered areas, that is.) Top speed of the LTE modem is 73MBps, which is nearly double the absolute top speed of 3G HSPA or EV-DO. Apple showed off the 4G LTE running on both AT&T and Verizon networks, so you have a choice right away, though it will require different versions of the tablet. Internationally, Apple has partnered with Rogers, Bell and Telus as well. One other bonus feature is that the iPad will also support tethering, so it can act as a mobile hot-spot. 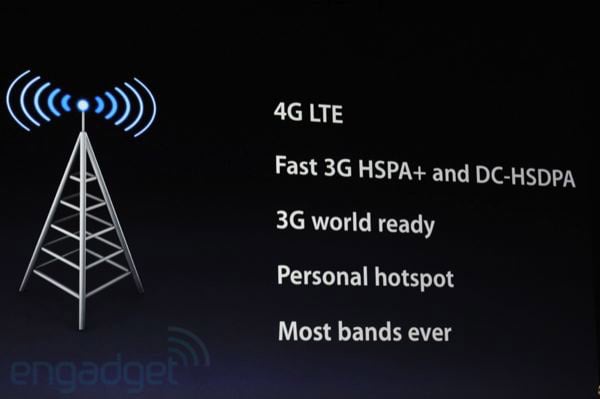 Pre-orders start later today over at the Apple Store, and the new iPad ships on March 16th to the US, Canada, UK, France, Germany, Switzerland, Hong Kong, Australia, Singapore and Japan. Much of the rest of Europe, along with New Zealand get the new iPad on March 23rd. 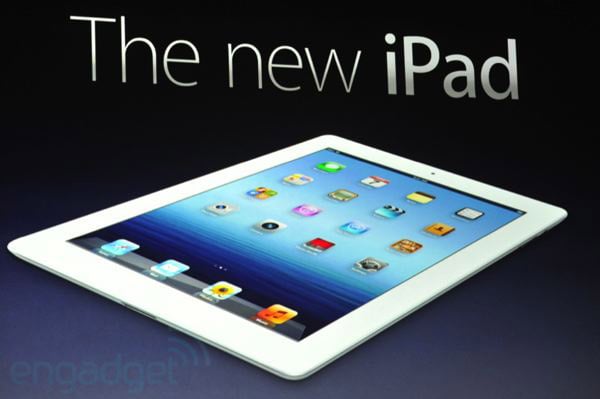 While the new iPad may be more of an evolutionary step than a revolutionary one, the new iPad still looks mighty impressive. If you don’t own an iPad yet, you’ve got more than enough reasons to buy this one. If you own an iPad or iPad 2, the new display, faster CPU, 4G LTE and improved camera might convince you to upgrade later this month.

Apple also confirmed that they will continue to produce the iPad 2 for at least some period of time, with prices dropping by $100 for each of the older models. You can find more details on the new iPad over at Apple’s website, and you can view the complete announcement here.