Doctor Who would have been an entirely different show if he had carried this guitar with him from adventure to adventure. He basically could have put on concerts across time and space. Maybe even drop in on Woodstock and Live Aid. 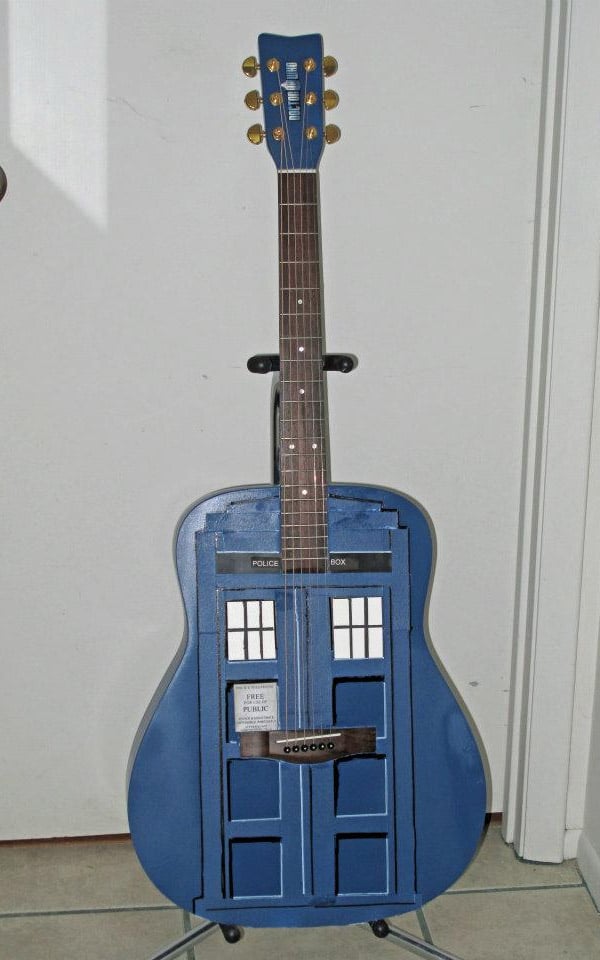 Maybe we would have even seen him serenade some of his cute companions. Perhaps, even, the show would have been a straight up musical – like Glee, but with Daleks instead of Sue Sylvester. I’m kinda sorry that didn’t happen. This “regenerated” version of the GuiTARDIS is called the Patrick Troughton since it is the second version of the guitar.

It was made by Arthur Yet Lew, who obviously likes himself some police box rock. Here he is standing next to a Delorean with his GuiTARDIS. I wonder if that will cause some sort of a rift in the space-time continuum. 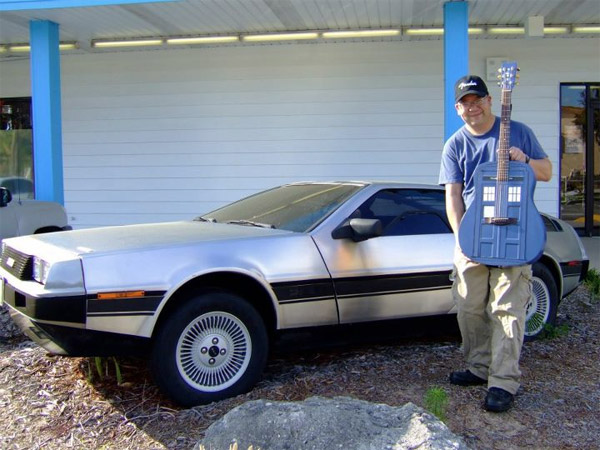 Arthur has more images of the build on his Facebook page if you want to try and build one for yourself.

[via Nerd Bastards via Neatorama]