James Cameron Set to Plunge to the Deepest Part of the Ocean Floor: The Abyss IRL?

The director behind the awesome Avatar and the not nearly as awesome The Abyss, Cameron is already known for his obsession with the deep seas, and is set to take on another real life underwater adventure in a submarine called Deepsea Challenger. Cameron will descend solo in his submarine to the bottom of the Mariana Trench’s Challenger Deep. 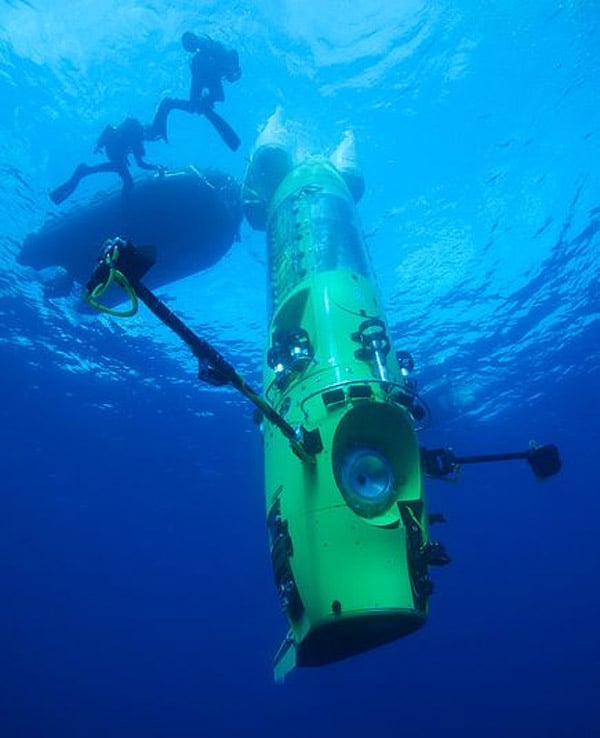 If the mission is successful, and Cameron isn’t smashed to pixie dust by the water pressure, he will become the first person in more than 50 years to make it to the deepest point in the ocean. Cameron has had a successful test mission that took him deeper than any other human has been on a solo mission. The only other two people ever make it to the bottom of Challenger Deep spent only 20 minutes on the seafloor with the view obscured by silt. The bottom of the Challenger Deep is a whopping 36,070 feet down. This infographic helps put things in perspective: 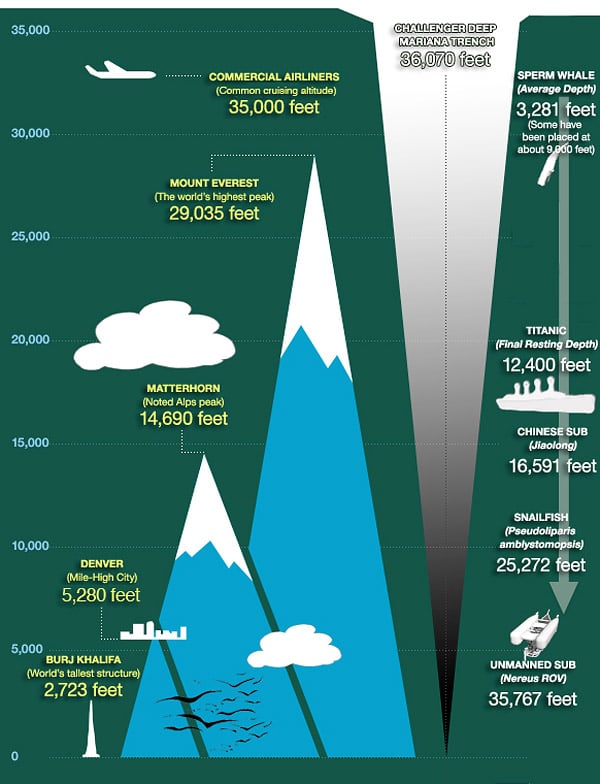 Cameron’s craft, on the other hand, is designed to stay on the bottom around six hours, at a record-breaking depth of about 6.8 miles below the surface of the ocean. Being James Cameron, of course, he will bring with him multiple 3-D high-definition cameras and a gigantic eight-foot tall array of LED lights to illuminate the murky gloom at that depth. I wonder if he’s stocking up on footage for The Abyss 2.