We’ve seen a handful of gadgets that incorporate LCDs or touchscreens to keyboards to add functionality and eye candy, the most recent one being Razer’s madly overpriced Blade laptop. Now, a company called Roccat could make Razer and other gadget makers bang their heads on their wall for not thinking of this more elegant solution – an app that uses your smartphone as a secondary display and control panel. 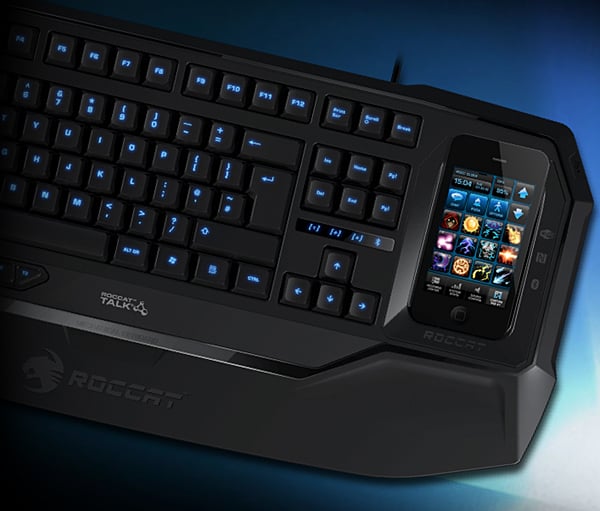 Called the Power Grid, the app is targeted towards PC gamers. It will be fully customizable, and boy does it have a lot of options. Just like with Razer’s vision for the Blade’s LCD trackpad, Roccat dreams that its Power Grid will allow users access to everything from skills and macros in games to viewing their computer’s stats.

The Power Grid’s icons are arranged via blocks and tabs, so you can mix and match icons and make the most out of your smartphone’s screen. Roccat also promised that it will be easy to share and copy the settings of other Power Grid users – very useful for helping newbies. 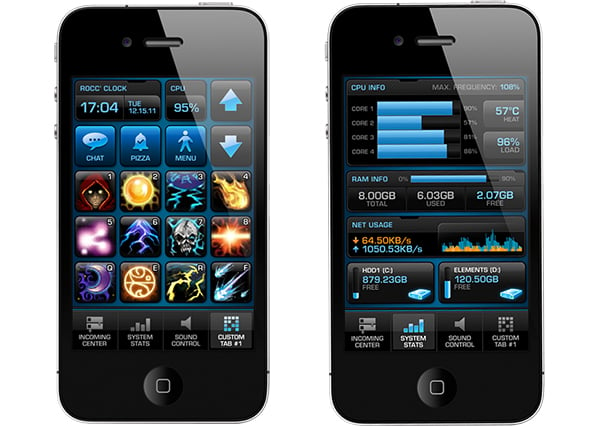 So you download Power Grid to your phone, but how will the app work with your PC? Roccat’s answer is the Phobos keyboard and the Apuri dock. The Phobos has a built-in dock that not only charges your smartphone but will also allow you to use your phone to text and even receive phone calls, provided you have a headset. 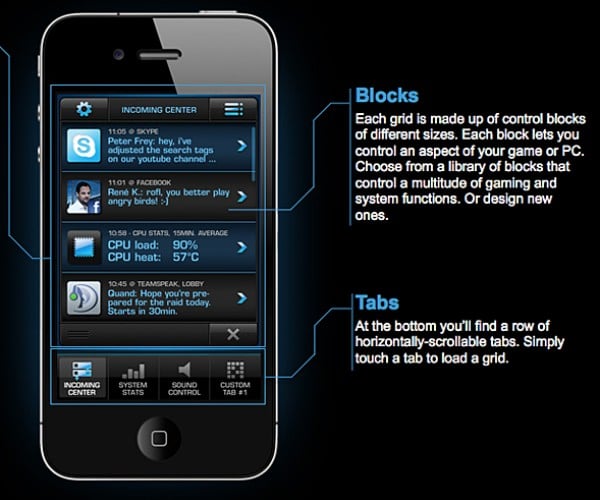 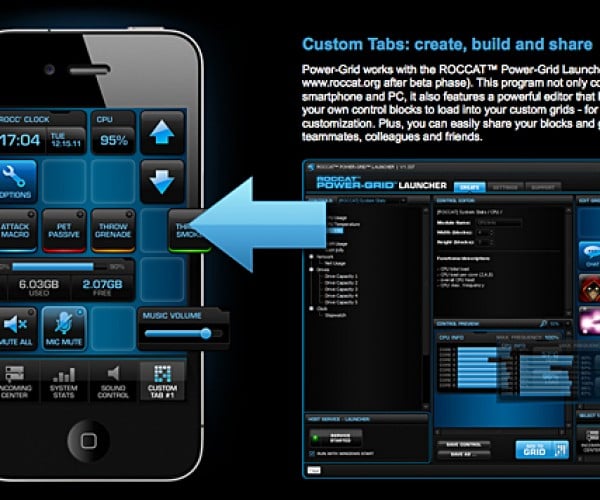 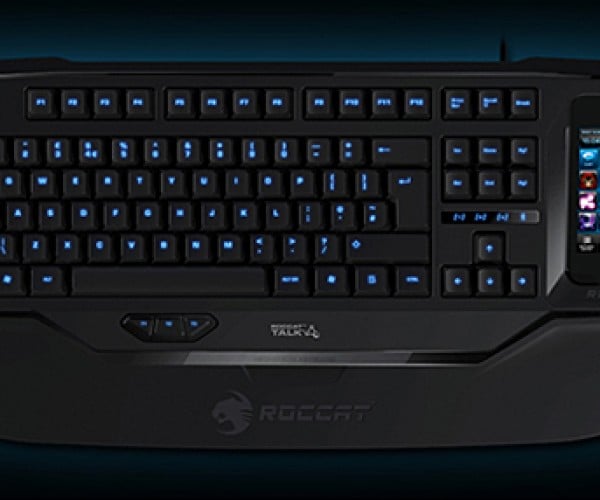 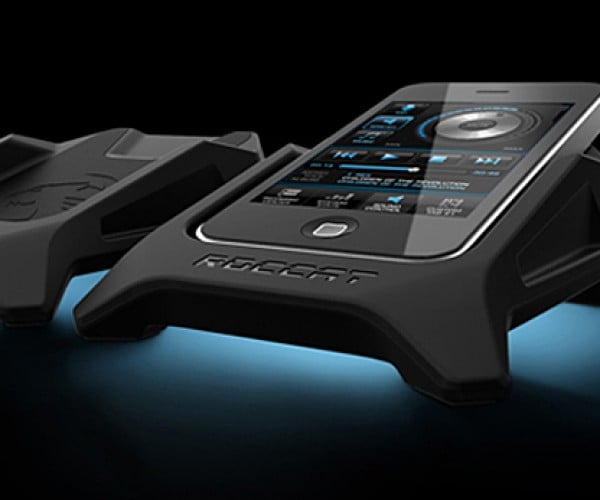 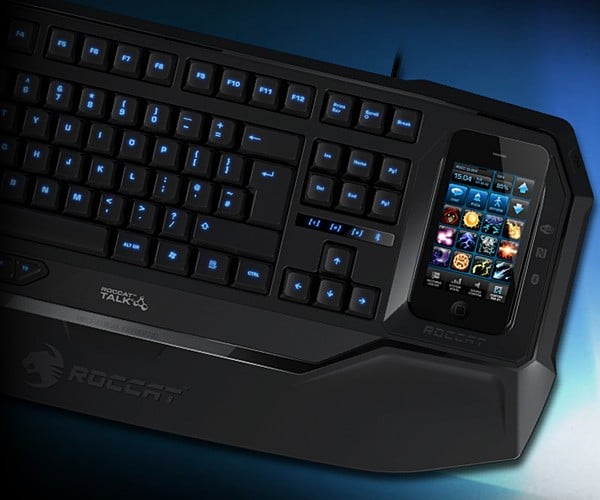 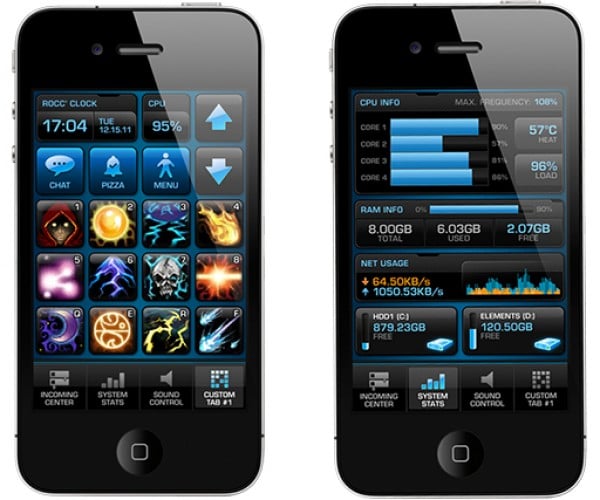 So, the Power Grid is easily customizable, versatile and will always be up-to-date. But the most important advantage of the app is that it will be free. That’s a thousand dollars cheaper than the Optimus Popularis and $2,800 less than the Razer Blade. Unless the Phobos and Apuri are expensive, I don’t see how other hardware manufacturers can top off Roccat’s brilliantly simple and forward-looking strategy.

That being said, I still don’t see the benefit of having skill and macro hotkeys on a small touchscreen. Without tactile feedback, you’ll have to take your eyes off of your main monitor and look down to make sure that you’re touching the right icon – not a good idea in many games. Nevertheless, if you’re interested in this kind of functionality, I suggest you hold out and wait for Roccat to demo its products.

No word on when the Power Grid and its complementary hardware will be available, but the company is already accepting applications for Power Grid beta testers. Also, Android and Windows Phone users, rein in your rage – despite the iPhone-filled images you see here, Roccat is also working on apps for your mobile OS of choice. Though it’s not clear if Mac users will still be left out in the lurch – not like we have many games to play on our machines anyhow.

[Roccat via Everything USB]