I’m very much looking forward to the next installment in the BioShock series. The third game in the series is being developed by Irrational Games and will be published by 2K Games. The game is called BioShock Infinite and game creator Ken Levine recently offered up some words to the guys at Kotaku to stoke your geek lust until the game launches in October of 2012. 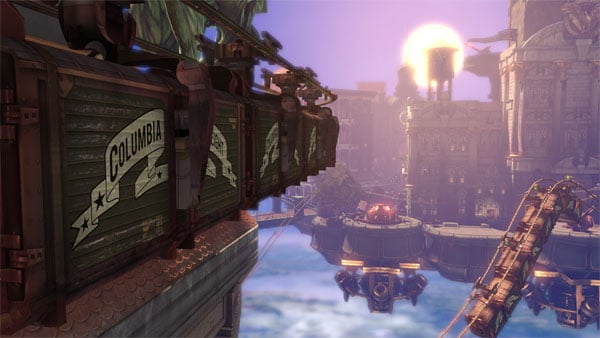 According to Levine, Infinite will give gamers choices when they play which affect the storyline in the game.

I don’t want to present it as sort of a BioWare-level, radical reimagining of the universe that you can do by making story choices,” “But there are gonna be some changes.” “Everything you do has deadly consequences.

As previously revealed, the game will put the player in the shoes of an ex-Pinkerton agent named Booker DeWitt. His primary objective is to rescue a girl named Elizabeth, but it’s not a giant escort mission – Elizabeth has serious powers of her own. The game also takes place in the aerial city of Columbia, a dramatic change of scenery from the underwater world of Rapture for sure.

It’s not clear how much you’ll be able to influence the Bioshock:Infinite storyline through your actions, but its presumably more than just whether or not you harvest EVE from Little Sisters this time.