I bet a lot of you are like me and get a kick out of seeing the mashups geeks can whip up with a couple gadgets and some spare time. Thomas Sohmers has what might be one of the coolest combos I’ve seen in a long time. He took set of Epson Moverio BT-100 see-through video glasses and a Parrot AR.Drone flying toy and created the coolest first-person view control system yet. 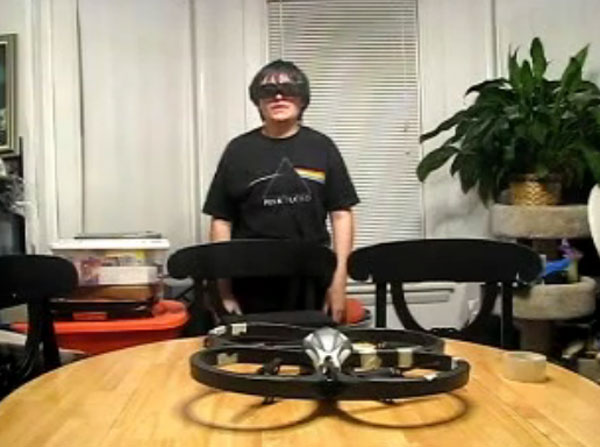 Those video glasses have a see-through display that allows you to see whatever video you’re watching and the real world at the same time. Those glasses happen have a handheld controller that is based on Android, which is the key to this particular hack. Sohmers whipped up some sort of app that runs on the Android controller which allows him to see the video from either of the AR.Drone’s cameras and provide basics control over its flight.

I say “basic” because for now the Android controller will only operate the drone for altitude and for rotating the aim of the camera by spinning the flying toy. Sohmers is working on improving the app so it gives him full control over the flying toy. Check out the video above to see the control system in action.