Proof that even robotic suits have a corpse: a dismantled Iron Man Mk. II suit. I’m sure most of you who’ve seen Iron Man 2 can still remember the scene where James Rhodes (played by Don Cheadle) took one of Tony Stark’s armor to a military base and tore it down to see how it works. This is the prop used in that scene, and Marvel’s going to auction it off. 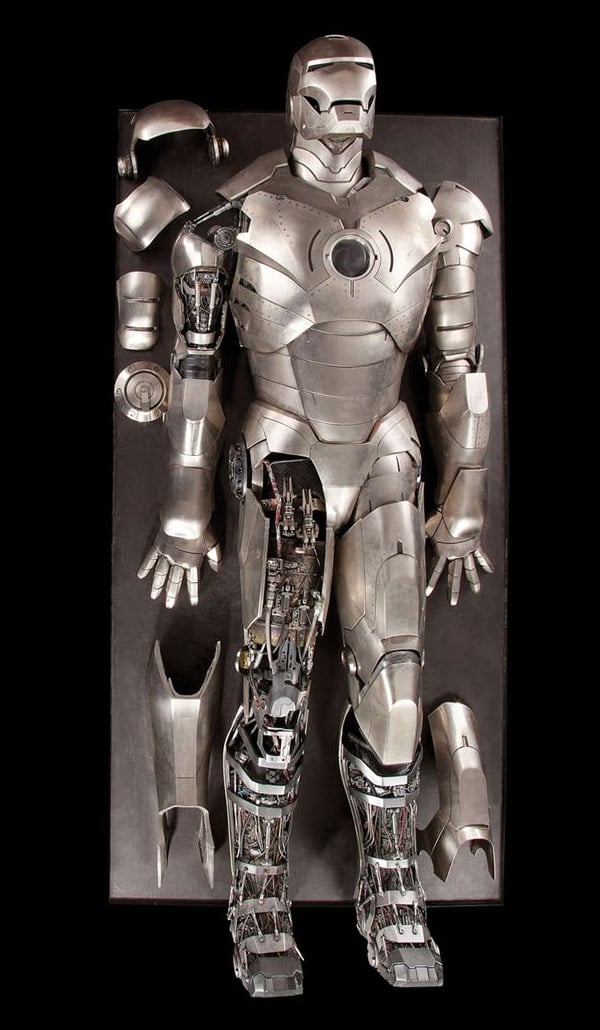 The suit stands 6’3″ tall and was handcrafted using “vacuum metalized fiberglass resin.”  Sounds fancy, but obviously fiberglass is weaker than whatever high-tech material Stark used in the movies and comics. As you can see some of the armor plates have been detached from the suit, exposing cables, circuitry and other fake electronics. 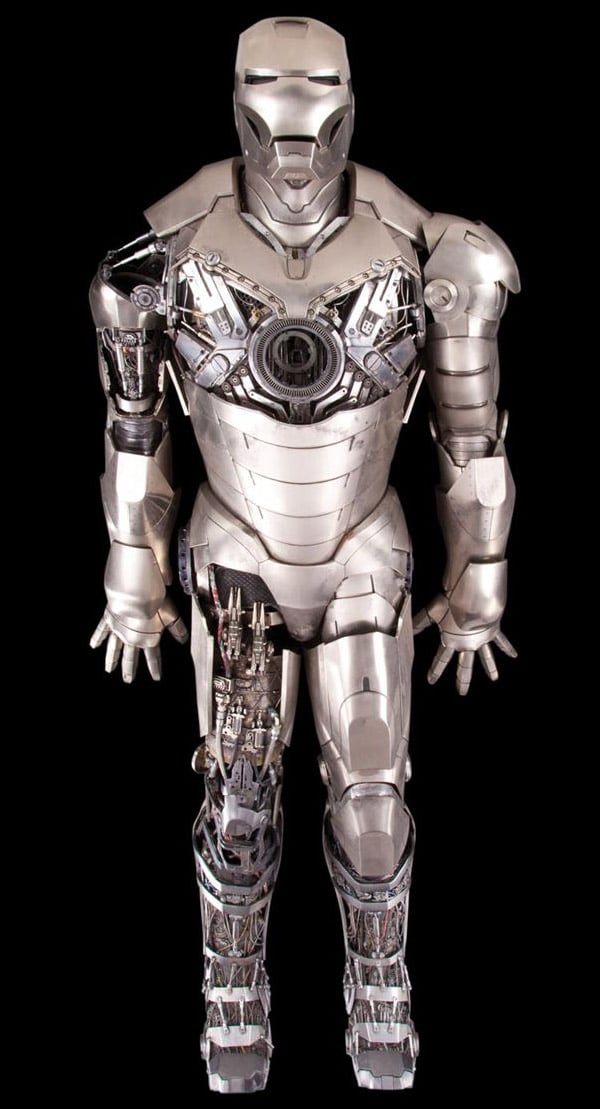 The auction will be held at the upcoming Chicago Comic & Entertainment Expo on April 14; online bidding will also be possible. The minimum bid for the suit is $60,000(USD). Hopefully whoever gets this turns it into a wearable suit.

[via Profiles in History via I Watch Stuff]