Tobii Shows Off IS-2 Eye Tracker Module: Are Eyeball-Controlled Games the Next Big Thing?

For over 20 years, gamers have been using a mouse to control their video games. Over the last couple of years, motion controls such as the Kinect, Move and Wii-mote have become common on game console, and are starting to make their way to PC gaming and other computer uses as well.

I think the eye-tracking control technology that a company called Tobii showed off about this time last year could have even more potential than other motion control systems, since it could be used while simply sitting at your desk, instead of having to flail your arms and legs about. 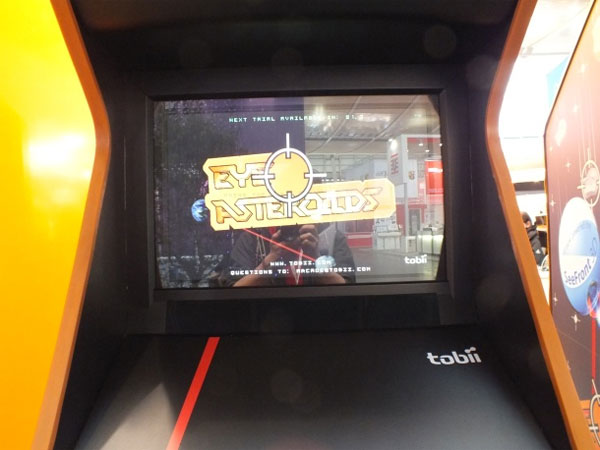 Last week, Tobii was demonstrating the latest version of its optical tracking technology at CeBIT called the IS-2 Eye Tracker module. The new module promises to be more responsive and fit a wider range of hardware including gaming machines than the technology unveiled last year could handle. The promise of this technology is the ability to control a videogame or mouse cursor using nothing but your eyes.

The technology uses a pair of infrared projectors that shine on the user’s pupils and a pair of small cameras that record the position of the pupils as the user looks around. The position of the eyes is then sent to a processor on board that turns that into the movement on the screen. The system is said to be very easy use and accurate. In addition to being much smaller, the new version is said to be significantly cheaper than the first-gen model. At this point Tobii, hasn’t announced any consumer products based on the tech, but is offering the IS-2 on an OEM basis to computer and display manufacturers.