The Avengers, Winnie the Pooh-Style

Did you ever think that the Avengers would visit the Hundred Acre Wood? Well, illustrator Charles Paul Wilson III did and he redesigned the iconic Marvel characters as if they were about to visit Christopher Robin and Pooh Bear. 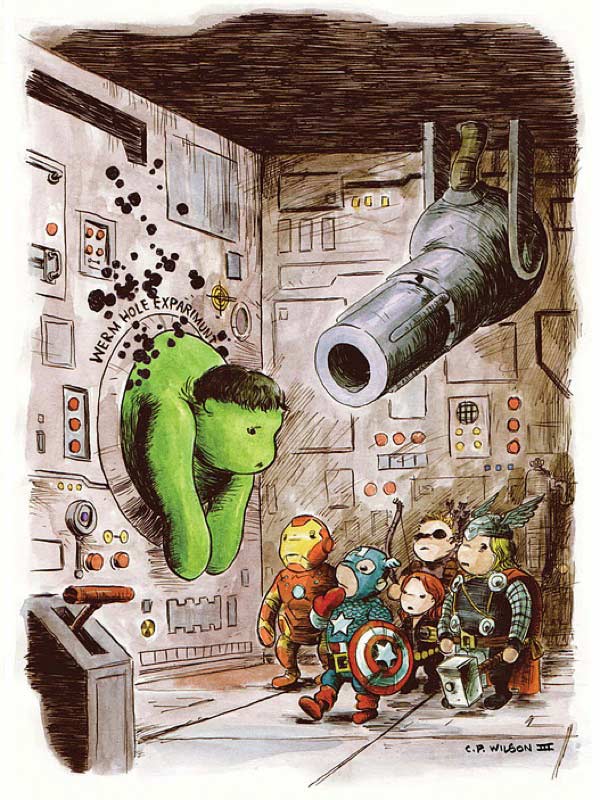 From the panels, it looks like they arrived in the Hundred Acre Wood through some kind of a “Werm Hole Exparimunt.” The Hulk masquerades as Pooh, while Wolverine is Tigger. 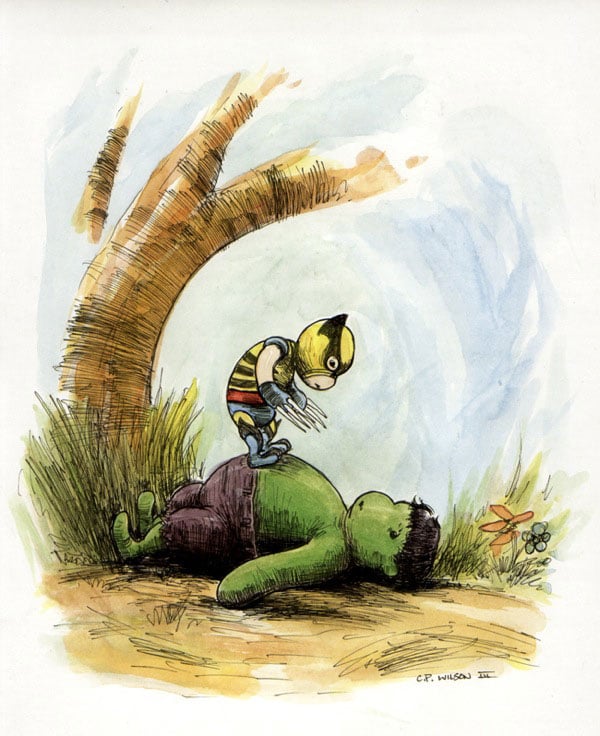 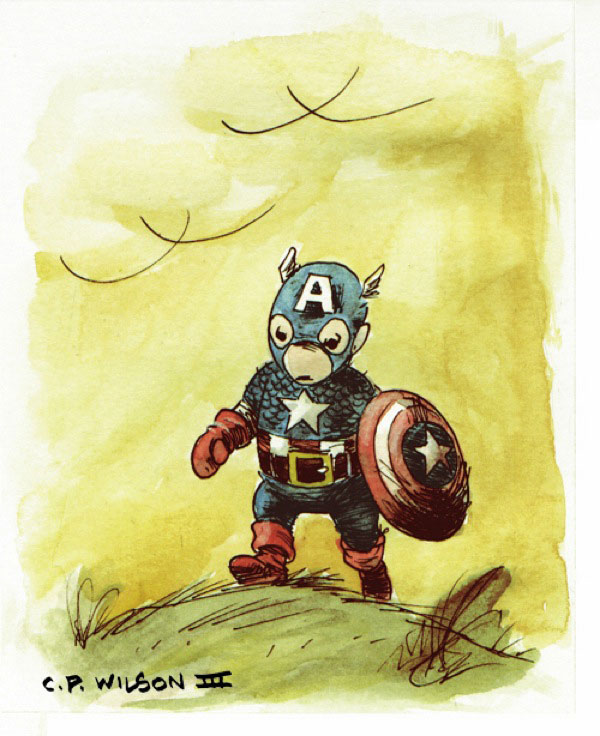 The funniest looking character of them all has to be Apocalypse. There’s something wrong about this major and evil villain looking cute. 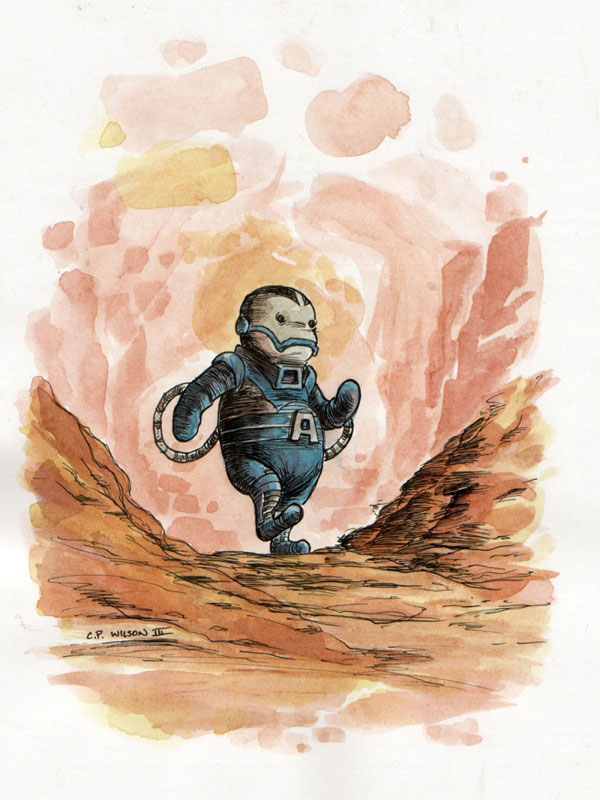 The paintings were drawn using watercolors and they look pretty spiffy. These paintings are part of a series he made for Avengers Art Appreciation for Marvel. His own version of the cover will hit comic book stores on April 18, 2012 for the issue Incredible Hulk #7. You can check out more of Charles Paul Wilson III’s art at his Deviant Art site.

[via Super Punch via Rampaged Reality]