Men In Black Neuralyzer Replica Doesn’t Work. Or Does It? I Can’t Remember.

The Neuralyzer is one of the most powerful gadgets in science fiction, able to erase memories in a flash. So I guess it’s a good thing that Factory Entertainment’s 1:1 scale replica of the Men In Black’s signature tool doesn’t actually work, unless you’re looking to blind someone temporarily. 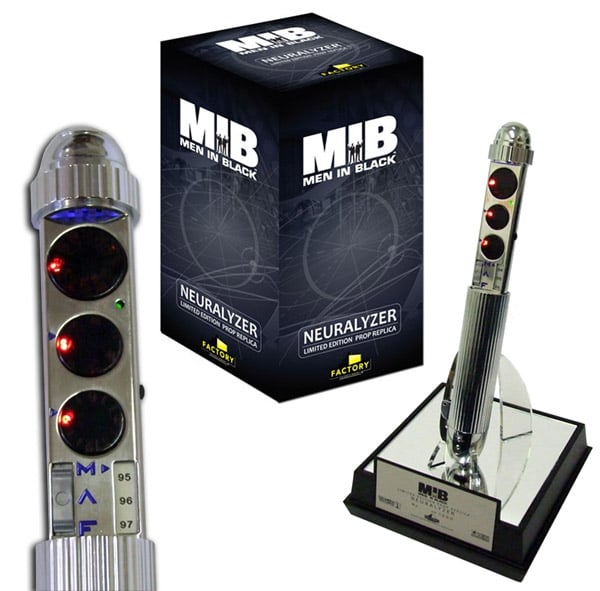 Agent J calls the Neuralyzer “the flashy thing”, and that moniker applies with this replica as well. As we can see in the picture above it has flashing lights, but other than that we don’t know what other bells and whistles it has.

The Neuralyzer replica may not make people forget, but it has two negative aspects that could make people forget about it. First is the price: Entertainment Earth is taking pre-orders for the limited-edition prop for $400 (USD). Second is its release date of September, which is long after Men In Black III has hit theaters. I’d urge you to get Master Replicas’ flashier Neuralyzer replica but it’s even more expensive than this one, so I suggest you consider these modest alternatives as well.