Luke Doesn’t Stand a Chance Against the Almighty Wampug

You would be forgiven for thinking that the following video is George Lucas’ latest attempt to re-edit Empire Strikes Back, but it’s not. Lucas could never create something so cute. His idea of cute is Jar-Jar and little annoying Anakin. Chubbs the Pug dog makes a much better actor. 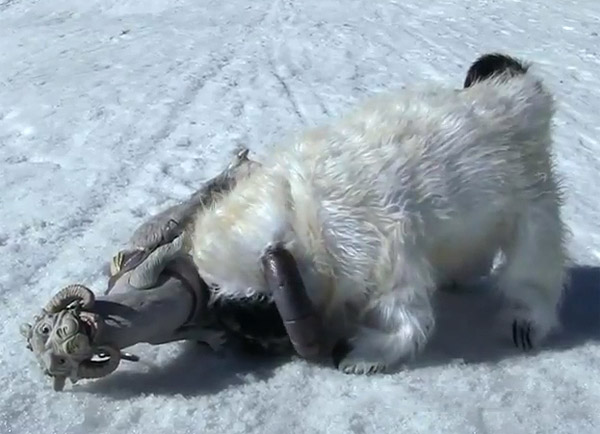 Yeah, so basically somebody dressed up their pug (named Chubbs) as the Wampa from Hoth and shot a short film. A film which I would now like to see extended and fleshed out. I could watch this dog eating a Tauntaun and harassing Luke Skywalker for hours.

What other characters can we replace with cute little dogs? All of the Ewoks certainly. Definately Jar-Jar. Chewbacca for sure. Someone make this happen. I want an all-dog cast of the Star Wars saga on my desk by next week. Go.