3D printers are changing the world – now on a microscopic scale as well. Researchers at the Vienna University of Technology have perfected printing 3D objects at the nanoscale and it looks like they are having a great time playing with their new toy.

Their 3D nano-printer can create complex objects no bigger than a grain of sand, like a race car, a model of St. Stephen’s Cathedral in Vienna, and the Tower Bridge in London. This is amazing stuff. Working on this scale is possible thanks to two-photon lithography. 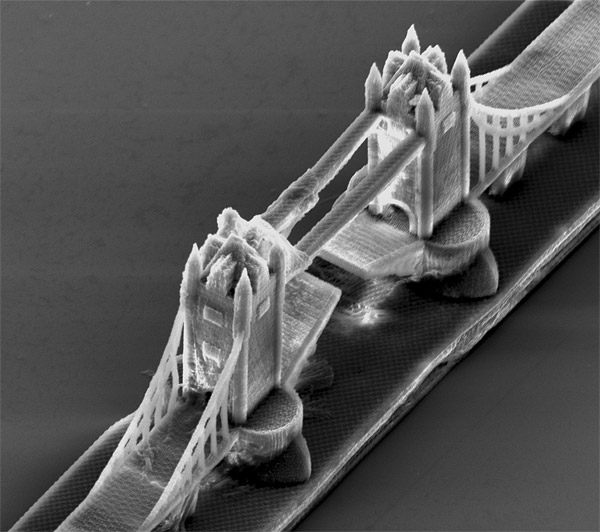 A laser is directed by a series of mirrors through a liquid resin which then hits a surface and leaves behind a “polymerized line of solid polymer.” The thickness of that line is only a few hundred nanometers. 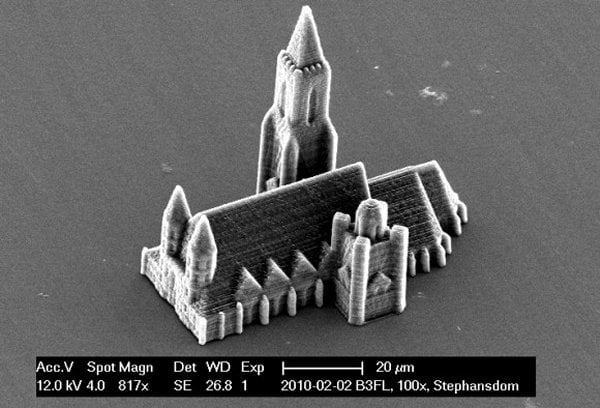 This printer technology may be new, but it isn’t slow. Remember how slow the first new real-world printers were? In 4 minutes this one can print 100 layers of 200 lines per layer. That’s five meters of polymer printed in one second and a new world record.

It probably won’t be long until we have a super-fast 3D printer that will produce replacement body parts on demand.

[via TGDaily via Geek]